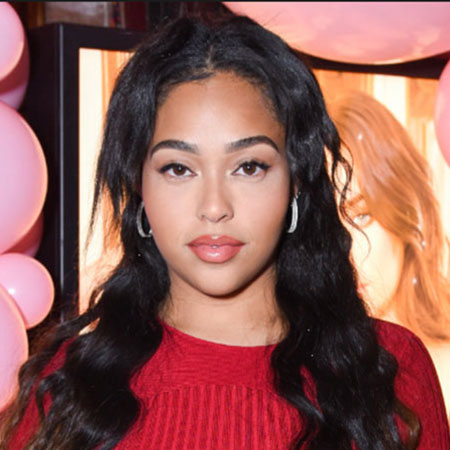 Jordyn Woods is an American social media star and a model who started to come into the limelight because of her friendship with the youngest Kardashian-Jenner family member, Kylie Jenner.

As a model, she has worked with famous fashion brands like Wilhelmina International and also runs her self-titled channel on YouTube.

Jordyn Woods was born on September 23, 1997, in California, USA under the zodiac sign Libra. Her late father’s name was John Woods who pa s sed away in January 2017. He was a sound engineer for television.

Her mother’s name is Elizabeth Woods, a photographer and talent/brand manager. She was raised alongside sister Jodie Woods and a brother; a tattoo artist.

Jordyn started modeling from a young age and used to pose in front of the camera. She modeled for ‘Ford Modeling Agency’ at the age of six.

Following years, she moved to Calabasas where she met Kylie Jenner and became friends. She first started to gain fame from social media when she created her Vine account.

Later she created her Instagram account, which as of  2022 has about 12.6 million followers. On August 15, 2016, she joined YouTube and created a self-titled channel, which currently has more than 453k subscribers.

Following years she became the ambassador for ‘Lovesick’ which is a new brand aimed at plus-size women across the world. Besides modeling, she also appears in the reality television series ‘Life of Kylie’.

As mentioned earlier, she is a best friend of the youngest Jenner and the duo has also worked together. They have collaborated for Kylie's cosmetic line. In addition,  she also modeled for Khloe Kardashian.

Jordyn Woods has a net worth of $6 million. As a multi-talented model and actress, she has collected a decent amount of money from her career. She has modeled for famous fashion brands and runs her own YouTube channel.

Jordyn Woods was reportedly dating NBA prodigy, Devin Booker. According to the source, she was spotted in Nice Guy, West Hollywood on 30 May 2018. She was having a double date with Kendall Jenner and Ben Simmons.

Two months after in August, the couple confirmed their relationship, however, as per the report of February 2018, she is dating Tristan Thompson boyfriend and baby daddy of her best friend's (Kylie) sister (Khloe),

What Is Going On Between Jordyn Woods And Tristan Thompson?

According to the source, the news broke that Tristan Thompson was cheating on Khloe Kardashian, with Jordyn Woods. He was seen hooking up with Wood at a house party.  According to the report, Jordyn might be the main reason for their breakup.

Jordyn and a few other guests were invited to an exclusive after-party at Thompson's house. According to E! she stayed at his house with him and his friends until the early hours of the morning. The insider also added that they sat together on the couch and were seen talking and cuddling for hours.

Kylie was definitely not happy with the news and allegedly she kicked Wood out of her house who used to live as her guest house.

What Happened To Jordyn’s Father?

In 2017, Jordyn’s father pa s sed away because of Cancer. She was very close to him and shared her emotions with her fans with a heart-wrenching caption.

"Last night heaven Got Another angel. My Daddy. Just two short weeks ago he was diagnosed with cancer and by that time it was too late. I appreciate everyone’s kind words and it means the world to me. It still doesn’t feel real. Forever and Always."

After her father pa s sed away, his family pledged people to support them recover all the medical and memorial costs on a GoFundMe Page. Their goal was to reach about $50,000 and her best friend Kylie single-handedly donated $10,000 to show her love for the family.

In the video shown below, Jordyn Woods looks around at Lovesick. While she roams around, she takes pictures with her fans and shares details about Lovesick.