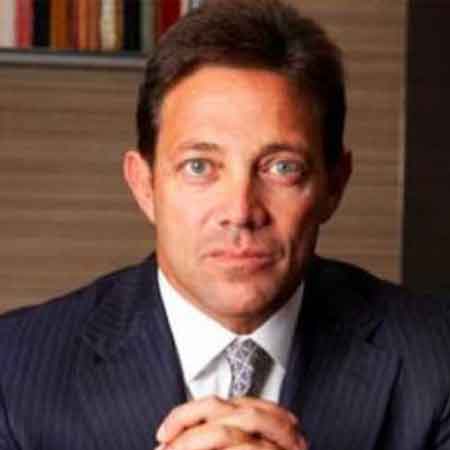 Money is a good servant but a bad master. This saying hasn't been more applicable than in the case of Jordan Belfort. He is one of the most notorious businessmen in the world who committed a lot of crimes during his career and earned a lot of illegitimate money. Due to this, he was later convicted. The film 'The Wolf of Wall Street' is a biopic of his life where he was played by Hollywood A-lister Leonardo DiCaprio.

Jordan Belfort was born on July 1962 in the famous city of Queens, New York City, also known as the Big Apple in the U.S.A. As a child, he lived in The Bronx, New York City, New York and was raised in the Jewish family.

As we know Jordan is a former stockbroker like Brian J. White but he started his career as a door-to-door meat and seafood salesman in Long Island. His business was eventually successful, but later, he filed for bankruptcy.

He also joined the firm, L.F. Rothschild. where he was trained by a family friend as a stockbroker. The firm collapsed and he was laid off. After this, he worked in a firm that sold penny stocks. Then he started a new firm named Stratton Oakmont. Greed consumed him and his love for money clouded his moral judgment.

Which one are you?? pic.twitter.com/eLkPzuzgB4

In an interview, he stated:

I got greedy. ... Greed is not good. Ambition is good, pa s sion is good. Pa s sion prospers. My goal is to give more than I get, that's a sustainable form of success. ... Ninety-five percent of the business was legitimate. ... It was all brokerage firm issues. It was all legitimate, nothing to do with liquidating stocks.

Jordan would rip off clients left and right and in a few years, his company was a major stock brokering company. Along with this, he has also written and sold an autobiographical book 'Wolf of Wall Street'.  His rocky life was portrayed in the film by actors such as Margot Robbie, Kenneth Choi, Kyle Chandler, Leonardo DiCaprio.

He is also a motivational speaker that gives speeches all around the country.

Belfort is known worldwide due to the success of his biopic. He started his career small but ended up earning a lot.  At his peak, he was worth around $200 million. His firm was worth $400 million and he owned half the shares.

He pleaded guilty to charges of fraud and embezzlement in 1999. He was investigated by the FBI and they convicted him in 1999. and was sentenced to 4 years in prison but only served for 22 months due to good behavior.

The leniency of his sentence is due to his cooperation to tell on all his a s sociates in a plea deal. During his heyday, he was one of the richest stocks brokers in America. He had multiple properties in the States and also owned a yacht named Nadine after his wife.

He also took a lot of drugs and was almost a walking cocaine bag.  Belfort along with his a s sociates would go on huge drug-fueled trips and spend money on every extravagant luxury they could think of.

After his conviction, he and his lawyers agreed to pay $110 million in restitution to the victims of his fraud. As of 2018, he has a lot of sources of income. The royalties image rights as well as residuals for his book and film. He is valued at $100 million.

Jordan famously cheated on his wife Denise Lombardo during his time at Stratton Oakmont. After her, he married Nadine Caridi, who was a model. After she was physically abused by Belfort she filed for divorce and they separated in 2005.

She had suffered a lot due to his drug habits and constant infidelity. As shown in the film after a whimsical decision by Belfort to the seas during a storm, the yacht sank off the east coast of Sardinia but the people on deck were rescued by Italian Navy special forces unit COMSUBIN. The captain of this vessel had advised against the decision to sail out. In 2015, he was engaged to his longtime girlfriend Anne Koppe.

Like many rich people, he has been divorced more than once( twice in total as of 2018). He has two children with Nadine Caridi. People speculated their relationship as a gold digger and rich man relationship but it lasted through many adversities before finally ending.