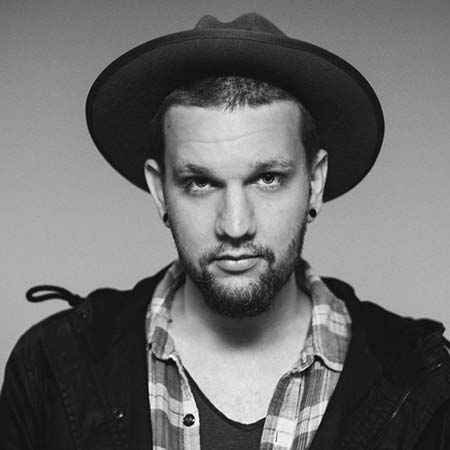 Singing sensation, Jonathan Thulin is a popular Swedish musician who succeeds in winning million hearts with his creative approach to music. He is best known for his songs like "Dead Come to Life", "Volcano". "Bombs Away" and others.

Jonathan Thulin was born Jonathan Andreas Thulin on May 7, 1988, in Kalmar, Sweden to Morgan Thulin and Helene Thulin. He was raised along with his three elder siblings; two brothers, David and Samuel, and sister Jeanette. Furthermore, he holds Swedish nationality and belongs to Caucasian ethnicity.

Thulin attended North Central University in 2005 for a year before he dropped out to start his professional musical career.

Jonathan Thulin started singing at the age of one and recorded his first album at six along with his family. He traveled full-time across America with his family and performed over five hundred churches.

Thulin began his solo career at sixteen after releasing six albums with his family. His first album, Immovable was a local success at Minneapolis. Later, he launched his another album "The Epiphany Guide" in 2008 which was also quite popular among audiences.

In November 2010, Jonathan toured with Press Play and later got signed as a solo artist to Dream Records. He released his first music video "Babylon" in July 2011 which created a buzz because of its cinematic approach. Some of his notable projects include The Anatomy of a Heartflow, The White Room, Bombs Away and others.

In 2013, Thulins' single, Dead Come to Life ranked #1 at CHR/Hot AC radio hit and stayed at no.1 for 3 weeks in Air1 Radio in 2013. The following year, Jonathan Thulin toured the U.S doing shows and also visited Australia and New Zealand.

Jonathan Thulin's estimated net worth is somewhere $1 million ballparks. Usually, Swedish singer earns 24k-26k ($2500-$2700) but Thulin is quite active in this field for a long time, so, he might make more than the average figure.

The singer earns nearly $100k for his world tours and concerts. Similarly, he also made a good fortune from his albums and singles.

Jonathan Thulin is happily married to his longtime girlfriend-turned-wife Anna. The couple moved to Los Angeles and began attending The Dream Center. The duo is considered one of the ideal Christian couples and their mutual understanding is a key factor of their successful conjugal life.

The couple is yet to have children. As of now, the couple lives in  Nashville, Tennessee.

Unlike other celebrity, Thulin isn't active on any social sites but he has several fan pages on Instagram and Facebook.

Check out the popular music videos of Jonathan Thulin!