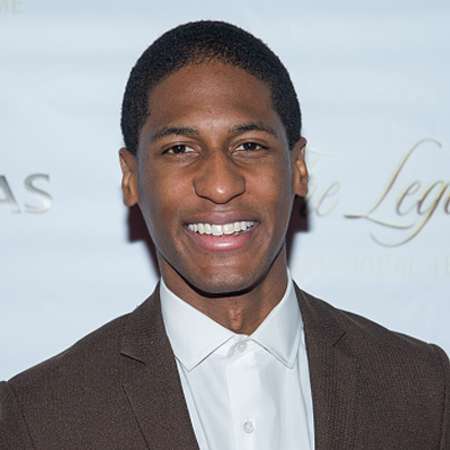 Jon Batiste is a Musician, Multi-Instrumentalist, Educator, comedian and Band Leader. Batiste has collaborated with many famous musicians in various genres of music. He has released his recordings that are performed in over 40 countries. He has also made an appearance as an actor in both film and television.  In 2012, Batiste was also listed on ARTINFO the 30 under 30 most influential people in the world of music.

Jon Batiste was born Jonathan Batiste on the 11th of November in 1986 in Louisiana, the USA to father Michael Batiste while his mother's name is unknown. Regarding his nationality, he is American while his ethnicity is Afro-American. His birth sign is Scorpio.

Batiste is from a long lineage of Musician from The Batiste Family of Louisiana. At the age of 8, he used to play drums/percussion in his family's band The Batiste Brothers Band. Due to this, he develops his interest in music but his mother wanted him to learn the piano and at 11, he began to play the piano. But now, he also plays Melodica.

In 2004, Batiste graduated from the New Orleans Center for Creative Arts. He later attended Juilliard School where he earned his Bachelor's and Master's degree in jazz studies in 2008 and 2011 respectively.

At the age of 17, Batiste, with his unique and iconic voice released his first CD titled Times in New Orleans featuring musicians like Jason Marsalis, Donald Harrison Jr., and Christian Scott. By that time, he was getting attention as a talented young Musician, and while studying at the Juilliard School, he released his second CD entitled Live In New York: At the Rubin Museum Of Art.

Jon Batiste received Movado Future Legend Award. He became the only person to receive this honor for jazz in 2006. This subsequently rose him to fame.

During the year 2007, Jon Batiste performed his shows at the Concertgebouw in Amsterdam, the Netherlands along with opening masterclasses and workshops throughout Holland in underprivileged neighborhoods. He composed music for the performance where six young musicians from the Netherlands were present. It was a huge success and also gained him national attention.

Again, he was invited back to Carnegie Hall to perform his concerts. In 2008, Jon Batiste played on National TV in NBA All-Star Game halftime show where he was the youngest artist to perform along with Allen Toussaint, Harry Connick Jr., Dr. John, Ellis Marsalis, Art Neville, Ivan Neville, and Davell Crawford. 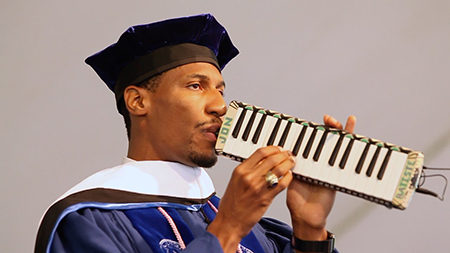 Jon Batiste performed in over 40 countries along with releasing his 2 CDs and 2 EPs of his own by 2009. In 2012, he was appointed as Associate Artistic Director at National Jazz Museum In Harlem. In 2013, he collaborated with the drummer, Chad Smith, and Bassist, Bill Laswell of Red hot Chilli Peppers band to make a film that was ultimately never made.

On November 4, 2014, the soundtrack titled The Process was released. Jon Batiste has performed and recorded with many talented artists like The Soul Rebels, Jimmy Buffett, Questlove, and many others. The trio, Batiste, Phil Kuehn (Bassist), and Joe Saylor (Drummer) met in 2004, and In 2005, they began performing around New York City.

After some years, Jon Batiste added Eddie Barbash on alto saxophone and Ibanda Ruhumbika on tuba and they all had attended the Juilliard School. Jon named his music group "Stay Human, " and in recent years, they have done many tours.

They are mostly liked for their energetic performances and actively interacting with audiences. In 2011, the band released CD entitled MY N.Y which was recorded while running on New York City Subway Trains. They perform live on the streets calling the performance Love Riots. Jon Batiste's first appearance on TV was at the age of 9 when he played a lead role in a Japanese Tourism Commercial.

Besides, Batiste appeared in HBO, TV series, Treme in seasons 2, 3, and 4 and also gone to look in the film Red Hook Summer along with composing music for it. In 2014, they performed their group single, Express Yourself on The Colbert Report, and On June 4, 2015, they were announced as a house band for the show called The Late Show With Stephan Colbert.

Jon Batiste has earned a huge amount of money from his music career. Though the exact amount of his net worth, is still under review, according to some online sources, it is believed to be more than $1 million.

In addition to his music career, Batiste has made an appearance in a number of TV and film projects as well as has accumulated a good amount of money also.

Jon Batiste is not married yet but is linked to Suleika Jaouad, a writer. According to her social media, the couple met 15 years back and is still together. They, however, have not revealed anything regarding their dating life.

Batiste's reported girlfriend Jaouad is an avid animal lover and a dog person who has her pet dog named Oscar. And she often posts photos of her dog on her social media.

The couple posts several pictures together on their social media.

1. Who is Jon Batiste married to?

As mentioned above, the man of all seasons, Batiste is not married but is reportedly dating writer Suleika Jaouad.

2. Who is Jon Batiste's father?

Batiste is from a long lineage of Musician from The Batiste Family of Louisiana. His father is Michael Batiste is a legendary bassist who performed with Isaac Hayes and Jackie Wilson on the "Chitlin' Circuit" in the '60s and '70s. In fact, his dad was the one who co-founded the Batiste Brother Band. The band comprised of seven brothers played R&B, soul, funk, and New Orleans music.

3. What is Jon Batiste and net worth salary?

Though the exact amount of his net worth, is still under review, according to some online sources, it is believed to be more than $1 million. His annual salary is estimated between $50k-$80k.