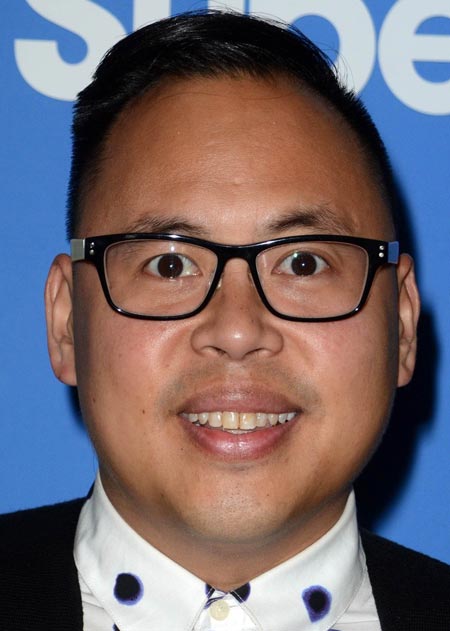 Nico Santo is an actor who gained initial fame after his role in Chelsea Lately. He, however, obtained immense popularity when he took a role in NBC sitcom Superstore, for which he was also nominated for the Critics' Choice Television Award. Moreover, he is better known for his work in movies like Paul Blart: Mall Cop 2 and Crazy Rich Asians.

Born on 7th April 1979, in Manila, Philippines, Nico Santo moved to the United States with his family at the age of sixteen and settled in Gresham, Oregon. He completed his graduation from Centennial High School, in Gresham.

Santo came out as gay while he was in high school. His mother and stepfather supported him a lot which became one of his biggest strengths. With their staunch support, Nico also got enrolled at Southern Oregon University to study acting.

While most Hollywood celebrities tend to hide their sexuality, Nico gracefully accepts his identity. In one of his interviews, he talked about him being gay and how his role in Crazy Rich Asians meant so much to him.

“As a Filipino and as a gay person, to be able to portray complex and real queer Asian characters is important to me. I have never seen myself on television or in movies. I always thought when I got into this industry that I was going to have to hide all of that and play down my Asianness and queerness.”

Carer In Acting And Journey To Critically Acclaimed Role In Superstore

Following his graduation, Nico Santo landed a job as a costume designer at the Oregon Shakespeare Festival. He later made his way to San Francisco where his stand-up career took off. After his early success, he moved to Los Angeles and decided to take on a new challenge in movies and TV shows.

The actor shot to fame after his first acting role in the TV series Chelsea Lately, in 2012. Just after a couple of years, Santo went on to involve in many TV projects like Ground Floor, Go-Go Boy Interrupted, and 2 Broke Girls. 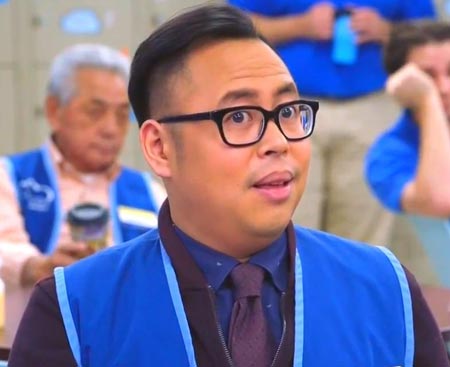 In 2015, Santo made his film debut portraying Heath in a comedy Paul Blart: Mall Cop 2. The same year, he took the role of the sales associate Mateo Liwanag in one of the most hit TV series Superstore.

Worldwide attention after appearing as Oliver

He appears on the show along with America Ferrera, Ben Feldman, Lauren Ash, and Colton Dunn. His iconic role in the movie also earned him the Critics' Choice Television Award.

Santo gained worldwide attention after appearing as Oliver, a rich gay guy in the 2018 romantic comedy film Crazy Rich Asians. He shared credit in the movie along with Constance Wu, Henry Golding, and Gemma Chan.

Nico Santo has earned a considerable amount of money from his work in movies and TV shows. As per some authorized sources, Santo has a net worth of around $0.5 million, in 2019. He has worked in many hit TV series, but his salary per episode is still hidden from the media.

Prior to TV, the actor also landed the role in a few commercially successful movies Paul Blart: Mall Cop 2 and Crazy Rich Asians. The latter grossed over $238 million worldwide against a $30 million budget. After being a part of such a hit movie, Santo obviously received a good payment.

Is He Dating Someone?

Nico Santo along with his illustrious acting career is also enjoying a delightful relationship with his boyfriend Zeke Smith, Survivor transgender star.

The couple came out publically with their romance on June 10th, 2018. Though it is yet to be revealed how and when their love story blossomed, their romance seems to be going very strong. 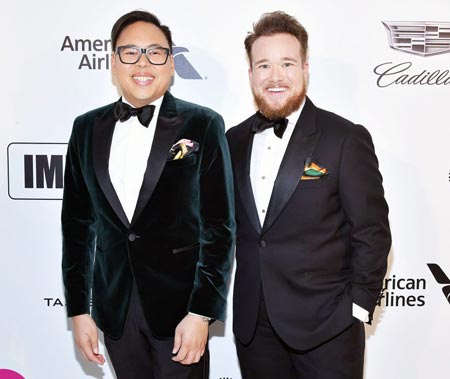 Together, the pair also attended Elton John’s Oscar party on 26th Feb 2019. Nico and his beau Zeke have yet to announce their planning of engagement and marriage, but with no doubt, their relationship is going brilliantly.