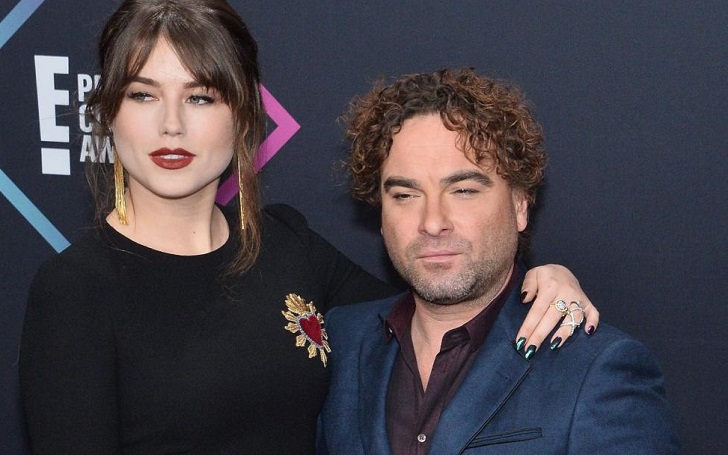 Johnny Galecki’s American Sitcom The Big Bang Theory Might Be Ending, But His Life As A Father Has Just Begun.

American actor and comedian Johnny Galecki who has appeared on The Big Bang Theory for over a decade come to an end, but he is now getting ready to start a new chapter of his life: FATHERHOOD.

Johnny and his girlfriend Alaina Meyer are expecting their first child together.

On May 4, Johnny took his Instagram to reveal that he and his girlfriend are absolutely over the moon to announce that they will soon be welcoming a little one into this crazy and wonderful world.

A post shared by Johnny Galecki (@sanctionedjohnnygalecki) on May 3, 2019 at 1:16pm PDT

Johnny posted a picture of himself with his girlfriend on Instagram and continued writing: We ask that you please respect our privacy during this celebratory time for us and our families. There truly is love out there for all. We hope ours is the ember of yours, as we feel yours is the ember of ours.

Johnny and Alaina went public with their romance back in September 2018 and made their awards show debut at the E! People’s Choice Awards 2018 in November in Santa Monica.

Later in December of that year, Alaina shut down their engagement rumors after their fans and followers speculated their relationship status on Instagram.

Johnny had once posted a picture of himself and his girlfriend with their arms wrapped around each other and wearing rings on their ring fingers on Instagram. Their fans started speculating if they were married.

A post shared by Johnny Galecki (@sanctionedjohnnygalecki) on Dec 9, 2018 at 1:31pm PST

Posting the same picture that her boyfriend had shared, Alaina cleared out the marriage rumors captioning the photo, #notmarried.

The Big Bang Theory’s two parts series finale airs at 8 p.m. EST on May 16 on CBS.