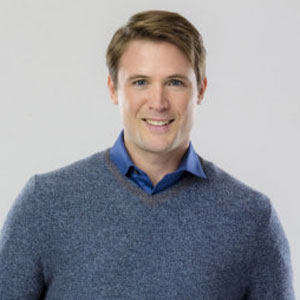 Canadian actor, John Reardon is best known for his portrayal as Blake Laviolette on the CBC TV series, Arctic Air. He had a recurring role as Greg Cameron in a science fiction series, Continuum. He is a former college footballer. He played football for four years while he was at Mount Alisson University. Reardon is married to a Canadian actress, Meghan Ory. The couple also worked on Merlin's Apprentice.

John Henry Reardon was born in Halifax, Nova Scotia, Canada, on July 30, 1975, under the birth sign Cancer. He is one of three children born to his parents.

Reardon holds Canadian nationality and is of White-Canadian ethnic background. Reardon attended the Royal Academy of Dramatic Art, London, where he studied Shakespeare. He studied improvisational theater at The Second City in Los Angeles and Toronto.

Reardon decided to pursue his career in medicine at Mount Allison University. As he grew up, he dreamed to be a professional athlete. He was a Canadian all-star college football player during his time at the University from 1993 –1997.

A former University footballer decided to pursue his career in acting after his graduation and joined the acting school.  He mainly appears in family movies and tv series.

Reardon debuted his acting career in 2001. He appeared in several movies and TV shows in his early days. He played Bruce in a TV sitcom, The Chris Isaak Show that year. 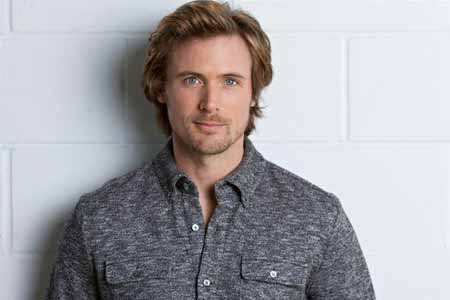 In 2008, Reardon starred in the movie, Make It Happen. He starred alongside Mary Elizabeth Winstead, Riley Smith, Tessa Thompson, and Julissa Bermudez, among others. He made his mark as Kevin Flynn in the 2010 movie, Tron: Legacy alongside Jeff Bridges and Olivia Wilde.

In 2012, Reardon portrayed Blake Laviolette in a Canadian TV series, Arctic Air. He was cast alongside Adam Beach, Pascale Hutton, Carmen Moore, Kevin McNulty, and Timothy Webber, among others. The series aired on CBC TV on January 10, 2012, but was canceled on March 17, 2014, due to government budgetary cuts.

The following year, Reardon had a recurring role as Greg Cameron in a science fiction series, Continuum. He appeared in the 10 episodes of the series from season 1-3. Reardon appeared in TV series like Love on the Sidelines and I’ll Be Home for Christmas in 2016.

From 2017-18, John appeared in a drama series Van Helsing. He also enacted in a mini-series Girlfriends’ Guide to Divorce. Reardon appears in the TV series First List.

Reardon played the role of Charlie Hudson, in the TV series Hudson & Rex.

Reardon's net worth can be high as he has done many successful movies to date. His wife's net worth is $2 million. He primarily collects such a good amount of money from his work in movies and TV Shows.

Reardon also appeared in the 2010 movie, Tron: Legacy. The movie was made under a budget of $170 million and grossed $400 million at the box office. Reportedly, the actor owns a house in Los Angeles, California.

Further information about his property and income sources is not revealed yet.

Reardon is a married man but has no children. He married his girlfriend, Meghan Ory in 2008. The pair had worked together on the miniseries, Merlin’s Apprentice.

The couple welcomed their first child, in May 2018.

His spouse Ory is a Canadian actress best known for her portrayal as Red Riding Hood on the ABC fantasy series, Once Upon a Time. She stars in the Hallmark family drama Chesapeake Shoes. A native of Victoria, British Columbia, she earned a fine arts degree from the Royal Oak Middle School.

She debuted in the Fox Family Channel TV movie, The Darklings, starring opposite Suzanne Somers and Timothy Busfield in 1999. She has worked in numerous films and TV series. She mainly appears in the guest and minor role. In 2015, she enacted in an action film Dead Rising: Watchtower.

Reardon resides with his wife and one child in Los Angeles, California. The couple rarely appears together in the public. Reardon is active on Twitter with thousands of followers.