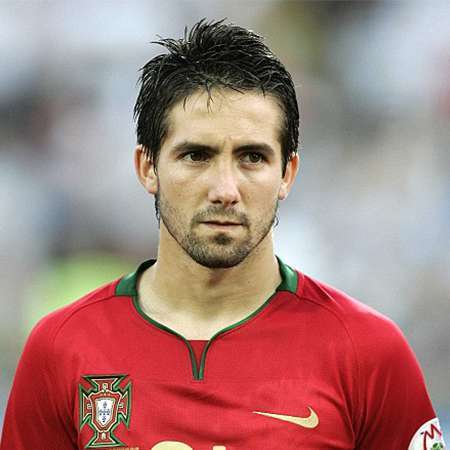 Joao Moutinho, full name Joao Filipe Iria Santos Moutinho is a Portuguese footballer who is playing fro the current team of AS Monaco Fc in Ligue 1 and the National Team of Nation Portugal. Moutinho was born in 8 September, 1986 in Portimao, Portugal. He is a central Midfielder who as well can play as a defensive or attacking midfielder. As a youth he palyed as a boy for his hometown club Portimonense SC, he joined  Sporting Clube de Portugal when he turned 13 to continue his football education. He plays with jersey No.8 for his team.

Moutinho started his professional football career with Sporting Clube de Portugal from 2005,where he was called by manager Jose Perseiro to the main squad of the team. He then played there very well and displayed some talent. After 2004-05 season he then returned to the junior team coached by Paulo Bento and featuring others players such as Miguel Velsco and Nani. He played very well with club in both junior and senior team. He played all the season very outstandingly upto 2008-09 season . On July 2010, he signed a five-year contract with Sporting C.P ‘s rival F.C. Porto with the Transfer price of 11 million Euros. Saying about the transfer the chairman of Sporting C.P. called Moutinho a “rotten apple” and he wanted the transfer to show that they don’t want him anymore. Mountinho presented very well in the club  in his first season . He played 50 official games and won the league. He played with Porto until 2013, while on 24 May 2013, it was announced that Mountinho joined AS Monaco, as French side alongside teammate James Rodriguez for a combined fee around 70 million Euros.

Mountinho made his debut with the National team in a 2-0 home friendly win against Egypt. Since 2006 FIFA World Cup Germany , he became a regular squad in the team.

With the national team , they won UEFA European U-17 Championship 2003.]

His News and Images can be found in internet.He is paid 1.92 million EUR as Salary.