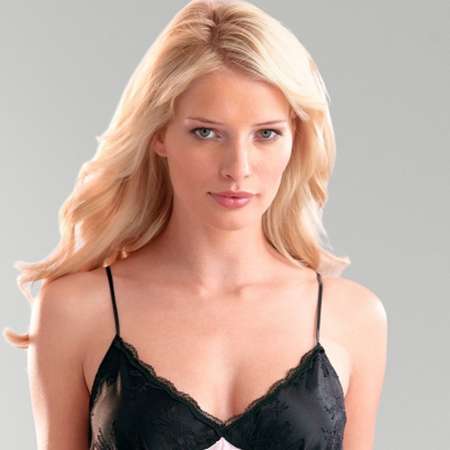 Jessica Steen is a Canadian film and Television actress. Her noted works are Captain Power and the Soldiers of the Future, Homefront, Earth 2, Armageddon, Left Behind, World at War, NCIS, and Flashpoint. The actress has been active in the entertainment field since 1981 and began to act when she was eight years of age in a Canadian children’s Television series, The Sunrunners co-starring with her mother. In 1989, Jessica broke onto the big screen from a movie musical called sing.

Jessica Steen was born Jessica Steen cherishes on 19th December 1965  in Toronto, Canada, under the birth sign Sagittarius. Her mother, Joanna Noyes is an actress and her father Jan Steen is an actor and director.

Steen's began her acting career when she was only eight years old, as she was offered to appear in the children’s television series, The Sunrunners in which she acted with her mother, who herself was an actress.

In 1986, she appeared in the television movie, titled Young Again where she played the role of Tracy Gordon. The next year, she was cast as a female regular artist to appear on the syndicated series, Captain Power and the Soldiers of the Future.

Steen came into limelight after she made her performance for the show, garnering, from where she earns huge fan following. She also appeared in an episode of Judgement and nomination for the Gemini Awards for the “Best Performance by a Lead Actress” award in 1988.

Steen’s debut in the big screen in 1989 American drama film, Sing. She also featured in the television series, Earth 2 where she played the role of Dr. Julia Heller but unfortunately, the show was taken off air in 1995.

She then appears as a guest star in many television series such as The Outer Limits, The Practice, Touched by an Angel, Murder One, ER, and Due South. In 1994, she earned Gemini Award for Best Actress for the television movie, Small Gifts in which she played the role of Nora.

In 1997, she appeared in the movie, Trial & Error as Elizabeth Garner, starring Jeff Daniels and Michael Richards. She was recommended by Jerry Bruckheimer for a part in the movie, Armageddon based on her performance in Captain Power series.

In 2004, Steen appeared in the finale of Stargate SG-1 as Dr. Elizabeth Weir. She has also appeared in lead roles in the Disney television movies, Smart House and Principal Take a Holiday.

From 2004 to 2007, Steen had a recurring part on the drama series, NCIS as Special Agent Paula Cassidy and in 2009; she appeared in several episodes of the television drama, Flashpoint and earned herself a nomination at the Gemini Awards in 2010.

The actress has been playing the role of Lisa Stillman, the wife of the series patriarch, Jack Bartle in one of the most viewed CBS series Heartland since 2007. She is currently filming 10th season of the series alongside Amber Marshall, Graham Wardle, Michelle Morgan, Shaun Johnston, and Alisha Newton.

Throughout her extensive acting career, Jessica Steen has played a number of breakout roles in both movies and TV series. And she is currently busy on filming 10th season of CBS's Heartland. Her quite busy schedule even at such a point of her life is not only earned her fame but also helped her financially.

As of 2018, as per some authorized sources, her net worth is estimated to be around $2 million. In the year 1998, the actress was a cast in the science fiction disaster movie Armageddon which was turned out to be a quite box office hit grossing over $553.7 million worldwide whereas its producing cost was $140 million only. In the movie, she played the role alongside Bruce Willis, Billy Bob Thornton, Liv Tyler, Ben Affleck, Will Patton, Peter Stormare, and Keith David.

Talking about her personal life, of course, her name and fame have given her lots of fans.  There are lots of male fans who still lay their heart on her one signal. However, Jessica Steen is still single.

She does not have any husband or children. Steen has never been married. She is still enjoying her independent bachelorette life. There is no information on her boyfriend or if she is dating anyone. But, her fans wish her to get settled regarding her advancing age.

Steen has given all her love, care, passion and devotion to her profession, so far.

Jessica is not only an actress. She is an environmental activist and works on animal rights issues. She has aided the World Society for the Protection of Animals as well as Western Canadian Wilderness Committee.

She loves driving. She involves different entertaining kinds of stuff whenever she is free. There are lots of her pictures including her bikini hot pictures available on the internet. Her fans can follow her on twitter, facebook, and Instagram.

Jessica Steen has long hot legs which are toned. Her legs have added up more charm on her beauty. She has amazing blue eyes. Her body measurements measure the size of 35-25-35 inches. This perfect body measurement makes her very appalling and one of the beauty queens.