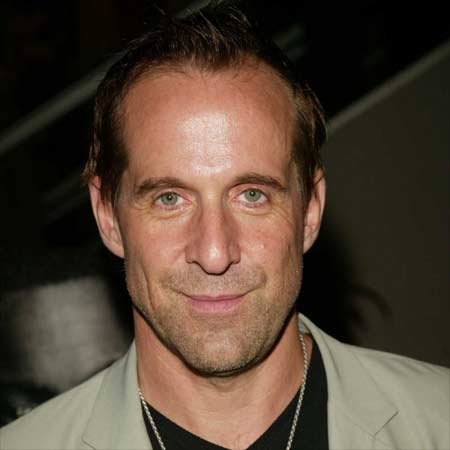 Peter Stormare is a renowned Swedish actor, musician, voice actor, playwright & theatre director born and raised in Kumla, Sweden. He is popularly known for his role as John Abruzzi in Fox TV series, Prison Break. Stormare is a man of many talents as he seems to have a handful in every field. He has even launched a music album and featured in many video games plus voicing many animated movies. Stormare is cast in the 2018 American sitcom, LA to Vegas as one of the main character.

Peter Stormare was born Rolf Peter Ingvar Storm on August 27, 1953, to parents Gunhild Storm and Karl Ingvar Storm. He was born in Kumla and brought up in Arbra, Sweden. He is of Swedish Nationality. Stormare was the surname he gave himself when he found out his name was similar to a senior student in acting academy.

Stormare started acting at an early age of 11, performing at the Royal National Theatre of Sweden, where 1000 shows are put up annually.

He took his step towards artistic director at Tokyo Globe Theatre by performing various Shakespeare plays like Hamlet, a tragedy set in Denmark.

Stormare is active in the entertainment industry since 1978 till date. He debuted in the movie industry with the role of a prisoner in the Swedish crime film, Lyftet while on TV, he made his appearance later in 1984 from Trapatronerna.

Since his debut, he has acted in many movies and TV series including movies like Fanny and Alexandra, Awakenings, Reflections in a Dark Sky, Damage, Fargo. Purgatory, Dancer in the Dark, Tai Chi Hero, and Bad Mil among others. His recent releases include VIP, Dark Ascension, VIP,  John Wick 2, Strange Magic, and Penguins of Madagascar. His TV credits include Morsarvet, Screen Two, Adventure Time, Weeds among which he is popular for his roles in Covert Affairs,  Phineas, and Ferb, Arrow, Amercian Gods, The Blacklist, Joey and Prison Break.

Stormare was cast as Dieter Stark in Jurassic Park: The Lost world and Alexei in Bad Boys 2. He even played Lucifer a devil appearing in a morning star in Constantine, an occult detective movie featuring Keanu Reeves. Stormare has done many TV series but his major work includes playing John Abruzzi in the popular Fox series, Prison Break. He even backed out of the Canadian zombie comedy movie, Fido as he was cast in Prison Break.

Stormare showcased his musical talents in 2002 with the release of the album, Dallerpolsa och smafaglar. He is a member of a band called Blonde from Fargo and owns and manages a record label known as Storm Vox. Also, he featured in music videos of famous Swedish bands like The Poodies and Sabaton.

Other than movies and series, Stormare featured in many video games including Icewind Dale II, The Bard's Tale, Mercenaries, Wanted, Prison Break, and Call of Duty, Destiny 2. He did voice over for some animated movies like Moomins and the Comet Chase, The Batman Vs. Dracula, Penguins of Madagascar, Strange Magic and The Nut Job 2.

He won the best actor in a Canadian Film in Vancouver Film Critics Circle( VFCC) for small-town murder songs in 2010.

Peter Stormare is a Swedish actor who is worth $5 million. His movie Jurassic Park the lost world made a huge box office collection of whopping $618.6 million and another movie where he was cast named Constantine made $230.9 million collections.

Stormare married actress Karen Sillas in 1989 but divorced after 17 years of marriage in 2006. He then married a Japanese native, Toshimi in 2008. A year later, his wife gave birth to a daughter, Kaiya Bella Luna Stormare.

Stormare follows the Christian religion and has participated in baptist meetings in Sweden. He believes to have a spiritual side which he got from his mother and says his mother got it from his maternal grandfather.