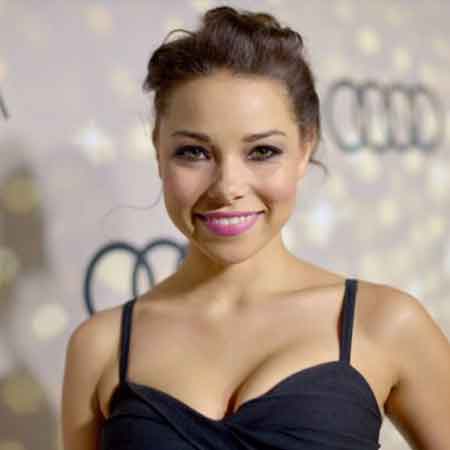 Anyone who claims to be a fan of the superhero TV series The Flash should be familiar with the face of Jessica Parker Kennedy, who portrays the character of Nora West-Allen. She has also appeared in several other renown television sitcoms like Smallville, Kaya, and The Secret Circle to name a few.

Jessica Parker Kennedy was born on the 3rd of October in 1984 in Calgary, Alberta in Canada to mother Toni Kennedy. She has not revealed the name of her father but she is of Canadian nationality and her ethnicity is mixed-African, Russian and Italian descent.

Raised by a single mom, Jessica relocated to a lot of places while growing up. The Canadian actress attended French immersion school from where she also completed her 12th grade. She later attended the Mount Royal College in Calgary, where she took theatre arts.

Jessica started acting at an early age of 7 during which she acted in many local theater productions. According to her wiki, her acting debut was with the 2006 film Santa Baby, starring Jenny McCarthy, where she played the role of Lucy, an elf. She later reprised the role in the movie's sequel Santa Baby 2: Christmas Maybe in 2009.

She played the recurring role of Natalee in Kaya (2007), a television series aired on MTV. Parker portrayed the character of Tami in Another Cinderella Story, starring Selena Gomez, a comedy film of 2008. Jessica has also appeared in films like 50/50 starring actors like Seth Rogen and Joseph Gordon-Levitt.

Her most notable role by far is that of the prostitute Max in the movie Black Sails. She is also acknowledged for her works in the film, In Time, featuring singer Justin Timberlake and actress Amanda Seyfried.

She was the original cast in the series Undercovers, produced by J. J. Abrams as the sister of the lead Gugu Mbatha-Raw, but her role was later given to actress Mekia Cox. She also played in the first season The Secret Circle, a CW series where she appeared as Melissa.

Jessica Parke, as of 2018, working in the television series The Flash, starring Grant Gustin, where she plays the character of Nora West-Allen whose alias name is XS. Her character was promoted to a regular in the show's 5th season run.

Jessica has an estimated net worth of $500 thousand which she has earned as a result of her works in movies and television series. Owing to her hard works in the film industry, Parker is likely to get more roles in the future which is likely to improve her net worth in years to come.

34-year-old Jessica Parker is still an unmarried woman with no previous affairs known till now.

However, in 2014 it was rumored that the Canadian actress was in an affair with her co-star from Black Sails, Luke Arnold. The celebrities' numerous photos at different places of Vancouver let the world to believe that the two were a thing, but the duo never confirmed their relationship.