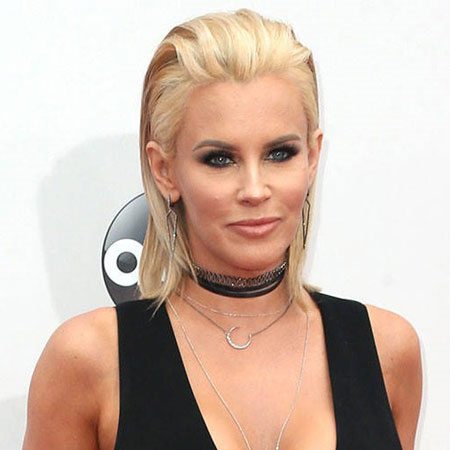 Jenny McCarthy is an American actress, model, television host, screenwriter and anti-vaccine activist well known for her photoshoot for "Playboy Magazine" and was later named their "Playmate of the Year." McCarthy is also a former co-host of the ABC talk show entitled "The View."

The talented television personality was born on November 1, 1972, in Illinois, U.S. She was born to a working-cla s s Catholic family and holds Irish, German and Polish ancestry.

McCarthy grew up in the West Elsdon neighborhood of Chicago. She has three sisters named Lynette, Joanne, and Amy. Melissa McCarthy is her cousin, who is also a popular actress.

Due to the lack of financial support in Jenny's family, she had to drop out from schooling and earn some money. So she landed a chance to model for "Playboy Magazine" and was Miss October 1993. Eventually, she was also named 1994 "Playmate of the year."

Later on, following her professional career, she landed some of the roles on television shows and began picking up acting parts. Her roles were followed in BASEketball, Scream 3, Scary Movie 3, The Drew Carey Show and Jenny. Apart from acting she also continued her career in modeling.

The proficient actress worked as a co-host of The View and became a series host of a show called Dirty, Sexy Funny with Jenny McCarthy.

The 44-years-old actress dated Ray Manzella, a manager. Then she dated actor/director John Mallory Asher in 1998. The couple got engaged in January and married in September of the same year. They have a son together named Evan Joseph Asher who was diagnosed with Autism. Later, the couple divorced in 2005.

Again in the year 2005, she started dating actor Jim Carrey but didn't make their relationship public till 2006. They lived together for some years but were not married to each other. In 2010, McCarthy and Carrey announced that they had split up.

In 1998, she had her breast implants removed. McCarthy has Love Donnie tattooed on her right index and middle finger which was dedicated to her husband Donnie Wahlberg.

In 1993, Playboy magazine chose McCarthy out of 10,000 applicants to be the magazine's Playmate of the month where she was paid $20,000. Her net worth is reported to be around $14 millions.