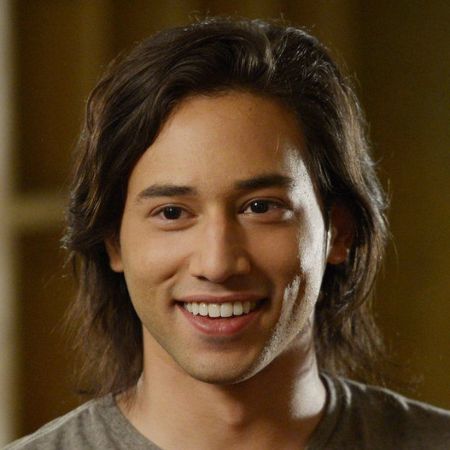 Jesse Rath is a Canadian film and television actor most known for his TV roles in such shows as Assassin's Creed: Lineage, Aaron Stone, 18 to Life, Being Human, Defiance, No Tomorrow, and Supergirl. The actor is also the younger brother of Meaghan Rath, who is also involved in the entertainment field.

How Old Is Jesse Rath? What Is His Height?

Jesse Rath's elder-by-three-years sister, Meaghan Rath (born on June 18, 1986), is also a film and television actor like him.

Meaghan is most known for playing Rigby Hastings in the Canadian sitcom The Assistants, May in the Fox sitcom New Girl, Aimee King in the Cinemax action-drama series Banshee, Nicole Mullen in the ABC anthology series Secret and Lies, and Tani Rey in the CBS action police procedural series Hawaii Five-0.

Meaghan is married to the English actor Jack Cutmore-Scott, since May 16, 2020.

Jesse often maintains a low-key profile, but he could not stop gushing over his girlfriend, Holly Deveaux. The pair has not confirmed the relationship but has openly posted numerous pictures on Instagram.

Well, before Holly, the actor was reported to be in a relationship with Allison Scagliotti. Their romance rumors started when the actor posted pictures of them on Instagram. They were even spotted traveling to Canada. Sadly, after dating for a couple of years, they broke up.

Jesse Rath made his professional on-screen debut in 2005 and had his feature film debut later that year in a small role in the biographical sports film, The Greatest Game Ever Played.

He has since appeared in various capacities in movies like Prom Wars: Love Is a Battlefield, The Trotsky, The Good Lie, and Jay and Silent Bob Reboot.

On television, Rath is most known for playing Federico Auditore in the three-part short film collection Assassin's Creed: Lineage, Ram in the Disney XD sci-fi action-adventure series Aaron Stone, Carter Boyd in the Canadian sitcom 18 to Life, Robbie Malik in the Syfy supernatural horror series Being Human, Alak Tarr in the Syfy series Defiance, and Timothy in The CW romantic comedy-drama series No Tomorrow.

Since 2018, Rath has portrayed the supervillain Querl Dox / Brainiac-5 in the CBS/The CW superhero series Supergirl. The superhero series is based on the DC Comics character of the same name and stars Melissa Benoist as the titular character.

Based on reports from several online sources, Jesse Rath is believed to have a net worth of around $700 thousand. The Canadian-born is a film and television actor most known for his work in TV shows like Assassin's Creed: Lineage, Aaron Stone, 18 to Life, Being Human, Defiance, No Tomorrow, and Supergirl.