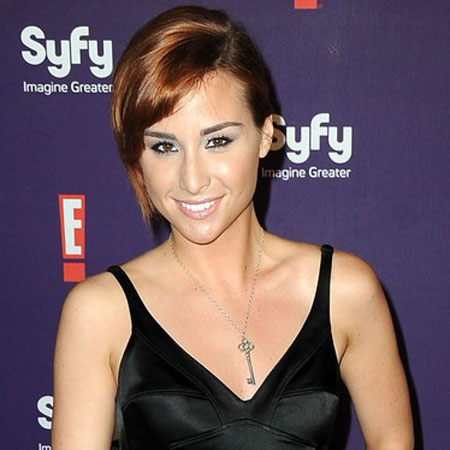 American actress Allison Scagliotti is famous for her roles in Stitchers, Warehouse 13, and Drake & Josh. She is also famous for her recurring role in the eighth season of The Vampire Diaries.

Scagliotti is the first cousin of the former Five Minutes to Freedom frontman Kevin Pfeiffer.

Allison Scagliotti was born Allison Glenn Scagliotti on 21 September 1990, Monterey, California under the birth sign Virgo. She is American by nationality and belongs to Mixed ethnicity (Irish, Italian, English, and Jewish descent).

Her mother's name is Lauren Scagliotti. Scagliotti moved to Mandeville, Louisiana while she was only five and there she joined her school's drama club.

Later in 2003, she moved to Los Angeles with her mother and started living there for her work whereas she keeps traveling to her home in Monterey when possible. She is the first cousin of  Kevin Pfeffer, the lead singer of Five Minutes to Freedom, and Alex Scagliotti, National Wakeboard Champion.

At the age of 11, she was homeschooled just to focus on her acting career. Later on, Scagliotti went to the Glendale Community College, and later she joined New York University for her further study in Associates of Arts English.

During her first few years as a teen actress, most of her work was on television, making her debut as Molly Potts in the Chevy Chase TV pilot America's Most Terrible Things (2002). Alicia Scagliotti then appeared in a couple of more telemovies and as a guest star in family/teen series like Grounded for Life and Zoey 101.

In 2007, Scagliotti made her feature film debut in the short film, Redemption. The same year, she played a significant role as Abby Brown, one of the hostages in the school shooting episode of the CW teen drama One Tree Hill starring Sophia Bush, Hilarie Burton, and Bethany Joy Lenz.

She appeared as Jayne, the female Wonder Twin, in the 8th episode of the ninth season of Small Ville. She has appeared as a guest on the show Destination Truth and The Nerdist Podcast hosted by Chris Hardwick. She appeared in the indie film Losers Take All, set in the 1980s rock music scene. In December 2012, Scagliotti appeared in Darren Caulley's play Unhealthy.

Scagliotti played the lead role of Michelle, a struggling actress in the play, Unhealthy which premiered on December 4 at HERE Arts Centre in New York. In 2014, she joined the advisory board of Sci-Fest, the first annual Los Angeles Science Fiction One-Act Play Festival, to be held in May 2014.

In 2014, Scagliotti worked in the movie National Lampoon Presents Surf Party where played the role of Iris. The following year, she worked as Maggie in the short movie Anne Darling.

In 2018, Scagliotti has worked in three short movies, Little Gold Star (as Diane), The Cards (as the High Priestess), and Truly Outrageous: A Jem Fan Film (as The Baroness).

Allison Scagliotti's Net Worth And Salary

Actress Allison Scagliotti has been involved in acting for over a decade and in this period, she has worked in dozens of films and television series. She gets a handsome amount of salary for her involvement in the television series and also gets good payment for her roles in the films. According to the online tabloids, Allison Scagliotti's current net worth is estimated to be around $3 million.

She has many upcoming projects from which we can a s sume to see a rise in her net worth in the coming future. According to some online sources, a TV star averagely earns an average salary that ranges from $150k to $1 million.

Talking about Allison Scagliotti's marital status, she is still unmarried and is not dating any man at the present time. However, she reportedly dated a few numbers of her fellow workers in the past.

Scagliotti dated the Drake & Josh co-star, Josh Peck in 2006. The couple was reportedly in an affair for around a year before they broke up, however, the actress never confirmed the relationship.

Check out the interview with Allison Scagliotti: