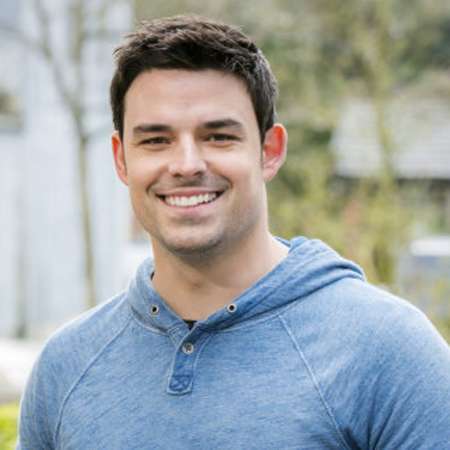 Jesse Hutch is a popular Television and movie actor. He is famous for his appearance in Television series Arrow and Almost Human. His famous movie is Joy Ride 3. The actor has also played a number of a major role in many successful projects which include 12 Rounds 2: Reloaded, Cedar Cove, and more.

Jesse Hutch was born Jesse Hutchakowski on February 12, 1981, in Alberta, Canada. He grew up and spent most of his childhood days in various places across Canada. He is Canadian as per his nationality and is of White ethnicity. His star sign is Aquarius.

He was born to Canadian parents but exact information about his father, mother and siblings have not been updated yet.

Jesse Hutch joined Algonquin College and studied Outdoor Education Program. Before his acting career, he worked as a whitewater raft guide for 4 years. He has worked hard and with a determined focus to be where he is today.

Jesse Hutch made his acting debut from roles in productions such as Dark Angel, Taken, and Smallville. He had a recurring role as Jimmy Riley in American Dreams. The series starred Brittany Snow, Tom Verica, Gail O'Grady, Will Estes, Sarah Ramos, and Jonathan Adams, among others.

He had his first leading role as Jason in the 2007 comedy series, About a Girl. The series aired on October 5, 2007, on The N in the U.S. and Global in Canada. He starred alongside Chiara Zanni, Sandy Robson, Braden Williams, Marshall Porter, and Kristie Marsden, among others.

Jesse Hutch has also been featured in an episode of television series like Dark Angel, Just Cause, Smallville, Peacemakers, and Almost Human.

Jesse Hutch has also been featured in many hit TV films like Termination Point, Behind the Camera: The Unauthorized Story of 'Mork & Mindy', Let It Snow, A Mile in His Shoes, and My Boyfriends' Dogs.

Besides his television career, he has made his huge appearances in several movies as well. He made his movie debut from the 2003 American slasher movie Freddy vs. Jason. He was cast alongside Monica Keena, Kelly Rowland, Jason Ritter, Chris Marquette, and Lochlyn Munro, among others

Jesse Hutch has appeared in other films such as In Her Line of Fire, 12 Rounds 2: Reloaded, Joy Ride 3, The Tooth Fairy, and Mr. Snowman.

Jesse Hutch's Net Worth And Salary

Jesse Hutch's net worth is $2 million at present. He is also an adventure loving actor; during his movie shooting, he performs most of his stunts on his own. He has earned a huge amount of salary from his career.

Making his debut from the TV series, Dream Angel, he has appeared in other TV series such as Smallville, Taken, American Dreams, and True Justice.

Jesse Hutch is a very good looking guy. His sexual orientation is straight. He has linked with many beautiful women and co-star in the past. He was also linked with his co-star Meghan Ory. But the rumors were not confirmed by Jesse, not by Meghan. Later the rumor disappeared.

Jesse married his girlfriend, Loreili Hutch in 2009. The couple had a relationship for six straight years. They are seen hanging out on the beach and often seen attending public events and parties together.

According to his social media, the loving couple has also three adorable children. It has been nearly a decade that Jesse and his spouse Loreili have been sharing the wonderful married life still.

Jesse is very much caring about his turned wife. The couple has explained their healthy relationship in many interviews. He has also explained that he is much happy with his wedding. They are very satisfied with their relationship and there is no sign of divorce and information about their children is not updated yet.