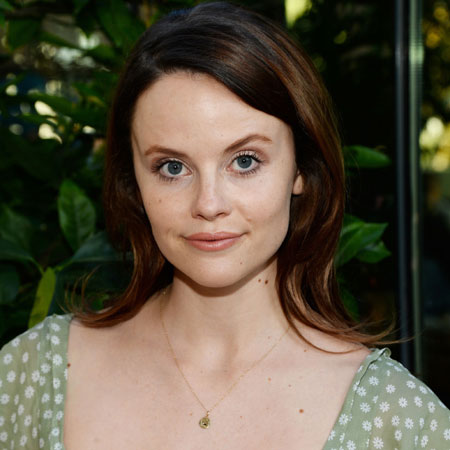 Sarah Ramos, an American actress, is known for her roles as Patty Pryor on the famous TV series “American Dreams”. The famous TV actress is currently busy with a new series Midnight, Texas appearing in the role of Creek Lovell.

The rea s suring actress was born on 21 May 1991 in California, USA. She has Filipino Hispanic descent and holds an American nationality but her mother is of Polish Jewish descent.

She was interested in acting during her childhood. She took formal training at Center Stage L.A. So, from her early age, she began her acting career and starred in numerous television commercials.

Although she appeared on many hit television series, she was finally able to gain fame as Patty Pryor in the NBC drama American Dreams.

Ramos was able to win the Women’s Image Network award for being the Best actress in a TV drama during 2003. Then she landed the role of Hannah Rader on the CW series named Runaway.

But the show was canceled after one year; so she then started to appear as a guest in Scrubs, Close to Home, Ghost Whisperer, Law & Order and Lie to Me.

In 2009, she was also cast as Haddie Braverman in the NBC series Parenthood. Other than screen acting, she was involved in voice acting, she voiced a character for an episode of the famous animated comedy “Family Guy”.

She co-wrote and co-directed a short film The Arm that won a special Jury Prize for Comedic Storytelling at the Sundance Film Festival.

The gorgeous actress has a cameo role in the film “The Perks of Being Wallflower” as pointed out on the film’s DVD commentary by the director Stephen and her Parenthood co-actor Mae Whitman. She wrote, directed and starred in the short film, “Fluffy” which was produced by B.B. Dakota.

In 2016, she appeared in various TV series like Drunk History, The Affair, City Girl and We Don't Belong Here. In 2017, she appeared in TV series Midnight, Texas, and miniseries The Long Road Home. She is currently engaged in a new project, drama film Ask for Jane.

Sarah Ramos is unmarried. She currently dating Matt Spicer, an independent film writer/director. The duo is dating since 2013. They frequently share their love story via their Instagram.

She is not willing to show out her personal-side so far, there’s no any information about her affairs, neither she has shared anything about her married life. Reportedly, she is living a single life in recent days and is still unmarried.

The proficient actress is living a luxurious life with a net worth of $3 million. She is 5 feet 5 inch in height and weighs approximately 120 lbs. She has Dark Brown colored hair and Blue eyes.