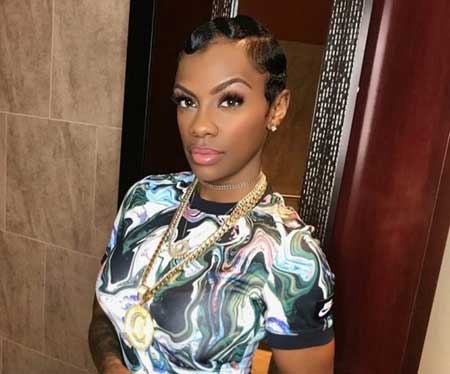 Jess Hilarious is an American stand-up comedian born Jessica Moore. She started to gain popularity after she joined the season 9 of MTV show Wild 'N Out. After she made an appearance in MTV show, she started to appear in other channels such as Vh1, BET, TMZ and other more. She is also a popular face on Instagram where he has about 4.3 million followers.

Jessica Moore aka Jess Hilarious was born on February 16, 1992, in Baltimore City, Maryland, USA under the zodiac sign of Aquarius. People having zodiac sign Aquarius are eccentric, energetic and quiet. She holds an American nationality and belongs to Afro American ethnicity.

Her father's name is Kevin Moore and mother's name is Robin Moore. She spent her childhood in Baltimore City and completed her schooling there.

Jess Hilarious started her career by appearing in the 9th season of the reality show Wild 'N Out in MTV. The reality show is known as the most extended television reality show which has aired on MTV channel for twelve long seasons. After she made her appearance in the reality show, she started gaining more popularity and started garnering several fans on her social media as well.

As of January 2019, she has about 4.3 million followers on her Instagram and 20.4k followers on Twitter. Later, she started working for some other channels including VH1, BET, and TMZ among others.

She started appearing as Tiffany on the Fox Comedy Rel in 2018. As a comedian, she has even got the opportunity to open for the comedy legends like Martin Lawrence. Hilarious even set a record for being the first celebrity ever to win the BET Social Award for Clapback.

Jess Hilarious' net worth has not been revealed to the public yet but as a successful comedian, she has worked in many channels and even made her appearance on a TV show from which we can assert that she has accumulated handsome net worth.

Jess Hilarious, a beautiful comedian is a single mother to a son named Ashton. She hasn't revealed whom she shares her son Ashton with.

As of now, Hilarious is dating a boyfriend named Chris. The couple is reported to be in a relationship for a long time, however, they haven't talked about their relationship in media. They haven't even revealed when and where they met first.

The popular reality star and Instagram celebrity frequently posts her bold photos with her fans. She has even got into the controversy for her social media posts every time and again.

Did She Have Controversial Photo Shoot With Her Son?

On February 24, 2017, she posted a bold photo with her son where she posed with her son without any cloth. Hilarious' photo with her son Ashton made headlines and left her fans questioning why she would pose such with her son. Many of the fans also claimed that Hilarious tried to imitate Beyonce in the photo shoot which Bey did while revealing her pregnancy.

Below we present you a comedy video made my Jess Hilarious where she takes on Wendy William in her funny skit.

You May Also Like: Chris Rock and Amy Schumer