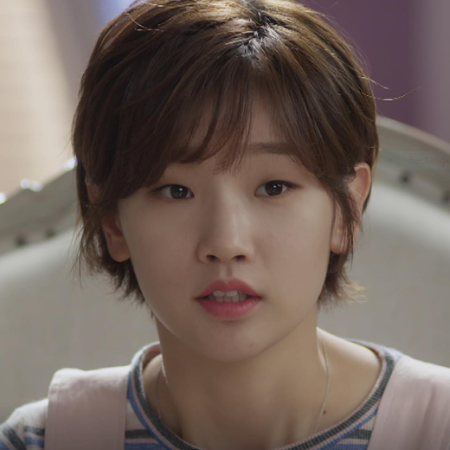 Screen Actors Guild Awards-winner Jeong Ji-so is a South Korean actress. She has been indulging in the limelight since her childhood days when her work in the television series May Queen earned her huge fame. However, her role in the South Korean black comedy thriller film Parasite gained her international attention. Moreover, the role earned her a nomination for Gold Derby Awards while won the Screen Actors Guild Awards.

How Tall Is Jeong Ji-so? Her Age And Early Life?

Jeong Ji-so was born on 17th September 1999, in Seoul, South Korea. As of May 2022, she is 22 years old. She holds South Korean nationality. Her birth name is Hyun Seung-Min. Ji-so graduated from Chungshin Girls' High School. However, the actress hasn't disclosed much about her family background. She is 5 feet 4 inches tall and weighs around 57 kg.

The actress started her career as a child artist in the television series May Queen in 2012. In 2013, she appeared in a couple of television series, including the TV Novel: Samsaengi, The Blade and Petal, Empress Ki and Eun-guk, and The Ugly Duckling.

In 2014, the Parasite star made her film debut in the movie Daughter. The same year, she portrayed the role of Kang Poo-reum in the series My Spring Days. Similarly, she appeared in the television series Hyde Jekyll, Me and Splendid Politics, and the movie The Tiger in 2015. Ji-so gained international recognition following portraying the character of Park Da-Hye in the 2019 movie Parasite (Gisaengchung). In the movie, she appeared along with Song Kang-ho, Park So-dam, Lee Sun-Kyun, Cho Yeo-Jeong, and Choi Woo-Shik. She was nominated for Gold Derby Awards and Online Film & Television Association Awards while she won the Screen Actors Guild Awards for her role in the movie.

Is The Parasite Actress  A Millionaire?

Being one of the successful and upcoming South Korean actresses, Ji-so has earned a handsome fortune from her career.

Ji-so has not revealed any information about her net worth. But, according to some sources, she has an estimated net worth of $200,000 as of 2021. Similarly, her fortune as of 2022 is estimated at around $500 thousand. Also, some tabloids claim her to have a fortune in the range of $100k- $1 Million.

The talented artist appeared in the successful movie Parasites, which collected $163.3 million against an $11 million budget. She might have received a handsome sum of money from her role in the film.

Ji-so as of 2022 is reportedly dating a guy named Choi Joon Hyuk. Her boyfriend who is a grandson of Han Bok designer Lee Young Hee works at the Bank of America. Similarly, his brother is a former member of an idol group “X-large.”

Despite being a public figure, the couple lives a very private life and still has not made a public appearance together. Also, there is no confirmation regarding the pair's relationship and breakup.

Previously, the Parasite star was in a relationship with Lee Joon, however, there are no details regarding their relationship and the reason for their breakup. She was also linked with the Korean actor Yoon Hyun-min.