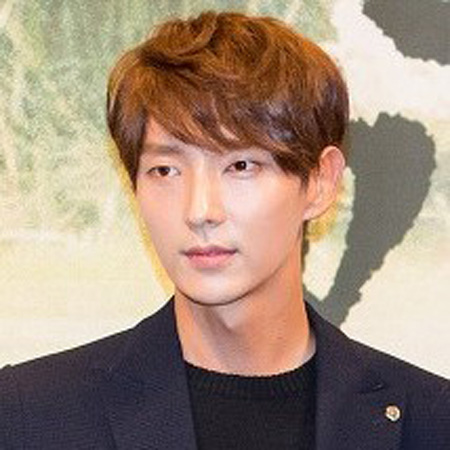 Lee Joon-gi is a renowned South Korean actor, singer, and model. He rose to fame after portraying his first leading character a clown in the film, The King and the Clown in the year 2005. Further, he highly appreciated My Girl and Two Weeks.

The South Korean actor, Lee Joon-gi was born on April 17th, 1982, in Busan, South Korea. He grew up to be a restless kid in his hometown Busan along with his sister.

As a high school student, Lee decided to become an actor at any cost after watching a performance of Hamlet. He later moved to Seoul to peruse his career in acting, right after he was done with high school.

After that, life in the big city wasn't very good for him, and he also struggled to become a model in his early phases. Moreover, he worked at various part-time jobs before he managed to enroll at the Seoul Institute of Arts. His first modeling a s signment came in 2001.

Lee belongs to South Korean nationality and ethnicity wise, Lee is an Asian.

At the start of his career, Lee featured some minor characters in Japanese films including, The Hotel Venus and the Korean movie Flying Venus in the year 2004. After performing brilliantly in several films, the actor, Lee got a chance to play the lead role in the period drama film The King and the Clown.

In the year 2007, Lee also portrayed the role of Kim Min in a Japanese-Korean co-production film titled Virgin Snow.

The King and the Clown star, Lee is yet to be married. Lee was involved in a romantic relationship with his girlfriend, South Korean actress, singer, and model, Jeon Hye-bin. The couple confirmed their dating in April 2017.

Lee Joon Gi and Jeon Hye Bin met as colleagues through a drama in 2014, and when the first dating rumor report was released, they were good friends at the time. However, the two progressed into a dating relationship sometime during the beginning of 2016.

According to some online sources, Lee and Jeon Hye Bin dated for around two years, however, the couple denied the fact repeatedly. Coming to April 2017, they revealed, they have been in a relationship for a while, but shortly after the announcement, they called off their affair.

The successful South Korean, actor, singer, and model, Lee has garnered a hefty amount of net worth from his acting career as he has featured in some critically-acclaimed movies and has made his remarkable appearance in several well-known TV series as well as has received a number of film awards.

Lee's main source of income comes from his acting, and Lee's estimated net worth is to be $5 million.