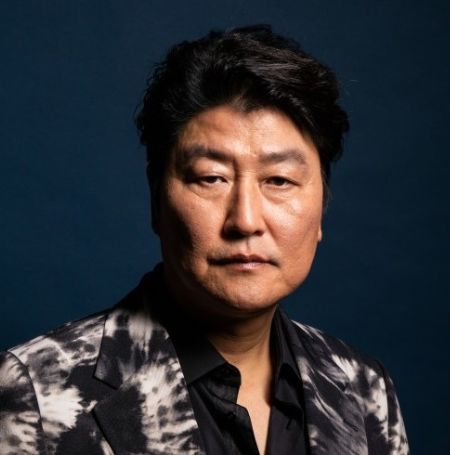 Career As An Actor

Song Kang-ho started his journey as an actor from the 1996 movie The Day a Pig Fell Into The Well. A year later, he appeared in a couple of movies that included Green Fish, Timeless Bottomless, Bad Movie, and No.3. For his role in No.3, he won the Blue Dragon Award.

Moreover, he gained a new height from his role in the 2007 movie The Show Must Go On, Secret Sunshine, and the 2008 movie The Good the Bad the Weird. This fame led Kang-ho to earn his first international movie role in 2013's Snowpierce. He worked along with Hollywood actors Chris Evans, Jamie Bell, and John Hurt in the movie. 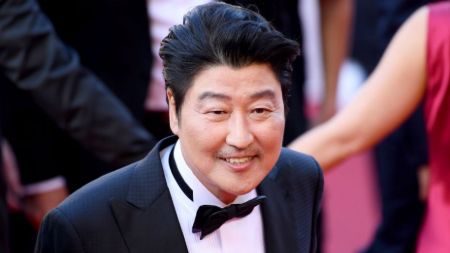 Later, Kang-ho's works in movies like The Thorne, The Age of Shadows, A Taxi Driver, and The Drug King drove him to become one of the best South Korean actors of his era.

In 2019, he appeared in the movie The King's Letters and Parasite. The latter earned him nominations on Gold Derby Awards and won Screen Actors Guild Awards. He shared the screen with the likes of Jang Hye-jin, Yeo-jeong Jo, Woo-sik Choi, and Jung Ji-so in the movie. He became the first Asian actor to be honored with Locarno Excellence Award in 2019.

Song's new movie Emergency Declaration will be released in 2020.

Song Kang-ho, with many major roles in television and series, has earned an impressive sum of money from his career. The actor has an estimated net worth of $20 million, as of 2020. 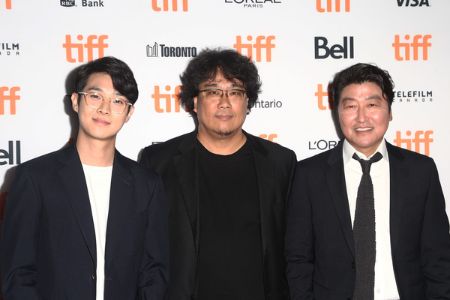 His exact income and salary are not revealed as of yet. But working in a number of Box Office hit projects have earned him more than the average. Some of the successful movies he was part of are listed below with their box office collections.

Song Kang-ho is Married for Over Two Decades

Song Kang-ho got married to Hwang Jang-sook in November 1995. The husband-and-wife are blessed with two children. They gave birth to their first child, a son, Song Jun-pyong, on 29th July 1996. Jun-pyong is a soccer player who plays for Suwon Samsun Bluewing. His daughter, Song Ju-yeon is also an actress in South Korea.