Jennifer Gareis is an American actress and former beauty queen. The actress showcased her acting skill from the television series The Young and the Restless and The Bold and the Beautiful. The actress not only charmed with her skill in TV series but also in feature film including Miss Congeniality, Soul Harvest, and Boat Trip.

Graduated From The Pepperdine University

Jennifer Gareis was born on 1st August 1970, in Lancaster, Pennsylvania, United States. She holds the American nationality by birth and belongs to white ethnicity.

The actress has not shared much information about her family details about her parent and siblings.

Talking about her education, she completed her Bachelor studies Franklin and Marshall College in 1993. She graduated with a Master's of Business Administration degree from Pepperdine University.

Worked In Famous Television Series The Bold and the Beautiful

Jennifer Gareis went to compete in Miss Pennsylvania USA in 1992. She placed second runner-up in the competition. Then she moved to New York and won the title of Miss New York USA in 1994 and participated in New York in the Miss USA in 1994. She placed in a top-six position in the pageant.

Gareis showed her screen talent as an actress from the feature film The Private Parts in 1997. The same year she made her television debut with Soap Opera The Young and the Restless. In the series, she shared her screen with Sharon Case, Jessica Collins, and Hunter King. 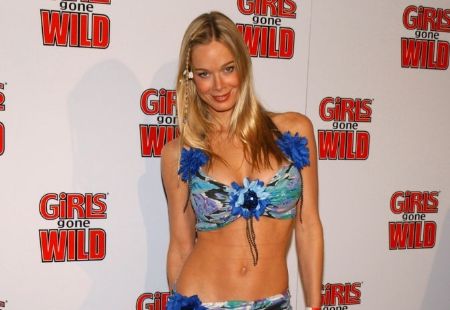 In 2000, she appeared in Arnold Schwarzenegger's lead role movie The 6th Day. The same year she shared her screen with Sandra Bullock and Michael Caine in the action-comedy flick Miss Congeniality. The actress showcased her talent in various television series and movies.

She got much appreciation from her role in the American television soap opera The Bold and The Beautiful along with Katrina Bowden, Darin Brooks, and Don Diamont from 2006 to 2020. She portrayed the role of Sarah in the 2019 feature film Soul Harvest.

How Much Money Did She collect From Her Career As An Actress?

Jennifer Gareis worked in many television series and feature films and collected a ma s sive wealth from her work. She has an estimated net worth of $3 million as of 2020.

The main source of her income from her career as an actress in various television series and feature films. She has not shared information about her salary to her fans. The average salary of an American actress is around $52,000 per annum.

The actress worked and lives in Los Angeles and the average house price in that area is around $895,000.

Jennifer Gareis exchanged her wedding vows with Bobby Gha s semieh on 7th March 2010. Ever since they are together and holding each other's hands-on every thick and thin time.

The 49-year-old actress is living a blissful life along with her husband and two children in Los Angeles.