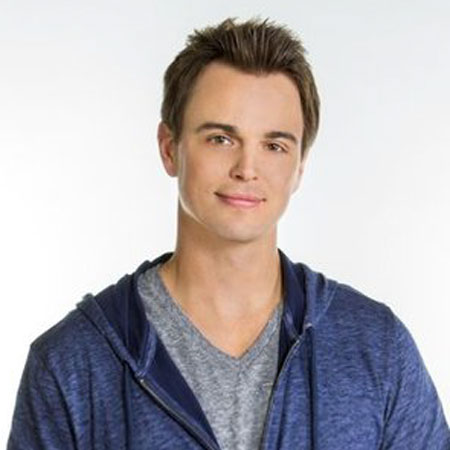 Darin Lee Brooks was born on 27th May 1984 in Honolulu, Hawaii, Unite States. He is an American actor. He is better known for his appearance on NBC drama series named ‘Days of Our Lives’ where he plays the character of Max Brady. He is also popular for his appearance on the CBS soap opera ‘The Bold and the Beautiful’.

Darin Brook went to St. Paul’s School in New Jersey.  He actively took part in stage plays during his school years. And because of that he developed an interest in acting. He played Rapunzel’s Prince in ‘Into the Wood’ in one of his school plays. Brook also used to play a lot of basketball during his school time.

During his struggling time, Darin Brook worked in whatever film he got until he was spotted by a director named Kathy Henderson. Later on, he moved to Los Angeles, California and there he contacted the director and at Ivana Chubbuck Studios he began taking acting cla s ses. There he got an agent.

He has worked in various operas, daily soap, movies as well as on other television shows. After two years Darin Brook got an offer to work on the NBC drama series ‘’Days of Our Lives as Max Brady. After that, he appeared on the Spike TV series ‘Blue Mountain State’ as Alex Moran.

Darin Brook has been nominated for Daytime Emmy Award for Outstanding Younger Actor in a Drama Series in the year 2008 for Days of Our Lives. The following year he won the same award for the same series. In the year 2014, he was again nominated in Indie Series Awards for Bloomers.

Darin Brook’s parents Norah Brooks and Barbara divorced when he was only 7 years old. Darin’s mother raised him.

Darin Brooks was brought up in Honolulu, Hawaii. During his early age, he was friends with Reid Janzen. Brooks is of Polish descent. In his leisure time, he likes to play drums, guitar / ba s s guitar.

Darin Brooks is a married man. He began dating a Canadian actress Kelly Kruger in the year 2010. After dating for four years the couple got engaged on 24th June 2014. On 21st March 2016, the couple got married. They tied the knot in a wedding ceremony which was held in his home state of Hawaii.

He stands tall height of 5 feet 10 inches. Darin Brook’s estimated net worth is $2 million. He is also active in different social media like Facebook, Twitter, etc.