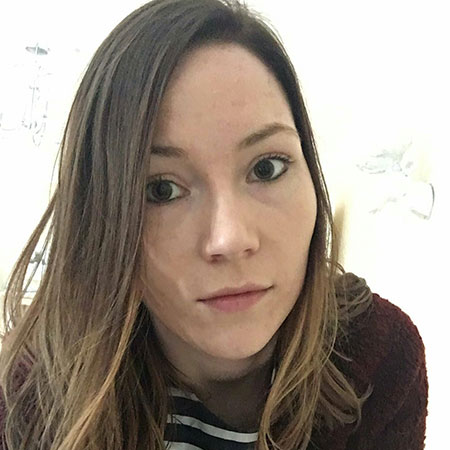 Jemma Middleton is a British social media star. She started to come into the limelight after she started dating a famous British YouTuber Daniel Middleton aka DanTDM. As of 2019, Daniel has over 22.1 million subscribers on his YouTube channel.

Jemma Middleton was born on April 9, 1992, in England under the zodiac sign of Aries. People who are born under this zodiac sign are believed to be curious, energetic, upbeat, and enthusiastic. Jemma holds British nationality and belongs to the Caucasian ethnicity.

Jemma Middleton is very secretive when it comes to her family, childhood, and education. So there is no information regarding her schooling as well as her parents.

At the end of 2013, Jemma stopped uploading videos on her channel. She only uploaded about 40 videos of her gameplay on her channel until now. Her most-watched video on her channel is titled Minecraft | Husband VS Wife SURVIVAL | Episode 1 | Fast Food with 3.1 million views.

In the below-shown video, Jemma and her husband Daniel play Minecraft together. While playing they compete against each other to find who is good at this game.

She joined Twitch.tv after she stopped uploading videos on her YouTube channel and broadcast her live gaming to her fans. As of 2019, she has about 15,592 followers on her Twitch account.

Middleton is also a famous Instagram star which is also one of the major sources of her income. As of early 2019, she has around 302k followers.

Jemma is a pet lover, she has a pet dog named Darcie. Whenever she gets free time she always spent time with Darcie and got out with him.

What Is Jemma's Husband's Net Worth?

In 2017, It was estimated that he earned about $16.5 million which made him one of the highest-earning YouTubers in the world. In 2018, Daniel earned about $18.5 million from his various endeavors which includes a merchandise line featuring hats, hoodies, backpacks and much more.

The successful YouTuber is also a huge fan of many luxurious cars. He has already posted a number of videos of his cars on his YouTube Channel.

Married To Daniel Middleton After Several Years Of Love

Jemma Middleton is a married woman. She got married to Daniel Middleton aka DanTDM on March 17, 2013. On their big day, Jemma wore a beautiful white off-shoulder gown with curly blonde hair and light make up. And for their honeymoon they went to Florida, United States.

Jemma first met Daniel when she was in high school. The couple was cla s smates and they used to sit together in their cla s s.

After they completed their high school, they started dating after fell in love with each other at a Halloween party and Daniel purposed Jemma when she was just 18 years old. According to the sources, Jemma took up some odd jobs to save up for their future marriage when her husband just started his YouTube channel.

Jemma manages her husband's channel and takes care of his fan mails as well as Twitter posts. In her free time, she also plays the game with her husband and broadcasts their gameplay together.

Jemma and her husband DanTDM have been sharing a blissful married life from the past six years with no divorce rumors. Although their long relationship, they yet to share any child.

Middleton has not talked about her past life and affairs except her happy relationship with her husband Daniel.

You May Also Like: RonaldOMG, Bjergsen, Andy Dibh, and  Dr Disrespect