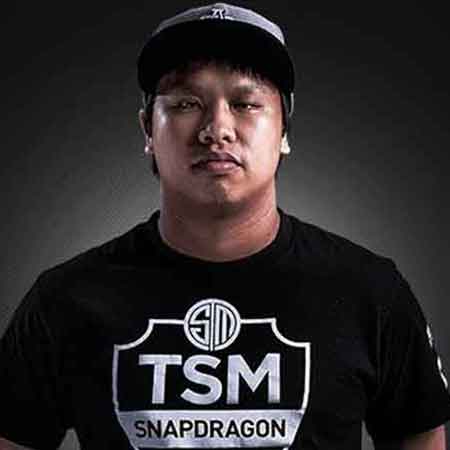 Andy Dinh aka Reginald is a Vietnamese American entrepreneur and former gamer popular as a professional League of Legends player. He is also a CEO and coach of the North Amerian League of Legends Championship Series TSM (Team SoloMid). He found TSM in 2011.

Andy Dibh was born on April 12, 1992, in San Jose, California under the zodiac sign of Aries. Andy and his bother, Dan Dinh grew up in San Jose. Andy Dinh is American by his nationality and belongs to Asian ethnical background.

Andy attended Westmont High School in Campbell but he dropped out in his junior year.

Andy started playing League of Legends in 2008 when it was still in closed beta with his brother Dan. Within a short period of time, he became one of the most recognizable players in the game's sprouting player base.

In 2011, he joined the Team SoloMid and became the mid lane, as well as captain after his previous team with his brother, was dismissed.

TSM got a 3rd place at Season 1 league of Legends World Championship which was held in 2011. TSM lost against the Russian team Moscow 5 at Intel Extreme Masters. After the defeat, one of the founding member Christian 'The Rain Man' Kahmann left the team. Soon after he resigned, Marcus Hill ( Dyrus) was hired to fill the empty spot, as he was already living in the TSM house.

TSM started winning the North American events after Dyrus entered the team. TSM participated at the Riot Games' Season 2 World Championships held in LA as the North American regional champions but they lost by 2-0 to Azubu Frost which is a South Korean team.

In December 2012, two months after the championship, they participated in the IGN Pro League Season 5 where they placed 9th-12th. At the end of 2013 season, Andy retired as a professional gamer, but he appeared in NA LCS Spring Split as mid lane during Week 7 as a substitute while after Bjergsen, the current mid lane of TSM, returned to Denmark to renew his US Visa.

According to the source, Andy Dinh has an estimated net worth of $1.5 million in 2018. He earned a major part of his worth for his appearances in the games as a team in many North American Events including LCS, and Worlds Championship.

Andy Binh is currently single. Previously, Andy was in an affair with Leena Xu who is the Vice President of Marketing and General Manager at TSM. They kept their relationship well under the wrap and have not revealed how and when they broke up.

Andy is mostly active on Twitter in which he has around 279k follower as of 2018. At present, Andy is still working behind the scenes of TSM occasionally stepping in to help coach and guide the team. Andy's height stands of 5 feet 4 inch.