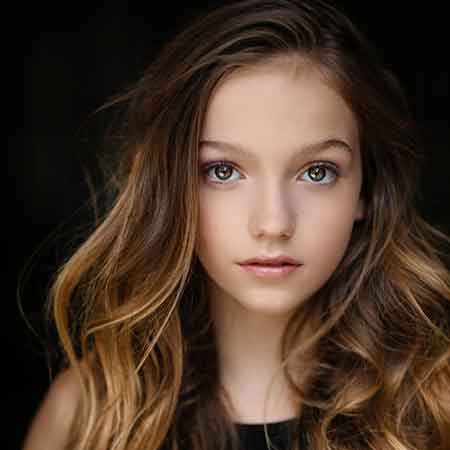 Actress, model, a dancer as well as social media personality Jayden Bartels is best known for her missjaydenb Musical.ly account with more than 6 million followers. She not only performed on stage on the various occasions but also appeared on TV shows including Dance-Off Juniors and Dance Moms. She also worked as a model in LA and as a dancer, she has appeared in The Movement Talent Agency and Millennium Dance Crew.

Jayden Bartels was born on November 1, 2004, in the United States of America. She has two older brothers and she is the youngest of three children.

As of 2018, she is in the sixth grade. From her childhood age, she was interested in dancing, singing and proceeding a career as a social media celebrity.

Bartels has been into dancing since she was a child. She is a member of a competitive dance team and has performed in several forms of dancing including ballet, jazz, lyrical, tap, hip-hop and contemporary. She has acted in various advertisements before appearing on television shows.

She appeared on the TV for the first time on the Web TV series named Clique Wars. But she was able to gain a lot of attention through dance shows including Dance Moms and Dance-Off Juniors.

She appeared as a guest in a reality dance show called Dance Moms in the sixth season of the show which was aired on November 1, 2016. The same year, she appeared as the lead character in the USC thesis film When Pigs Fly, a short movie which was directed and written by Andrew Wood.

Besides this, she has also danced with the famous singer Justin Bieber.

She is also popular being a talented singer and has released cover versions of various popular songs with music videos that show off her skills in dancing as well. As a singer, she participated with a singing group for many years and often did a solo performance at each venue.

On May 11, 2016, she posted her music video of a cover version of Meghan Trainor's song No. On this video, she showed her dancing skills with two other girls and two boys as supporting dancers.

The same year, she released another music video where she sang a cover version of Laura Marano'ssong Boombox and on August 5, 2016, DreamWorks TV released her cover song titled Sit Still, Look Pretty of Daya.

She began auditioning for theatrical TV and film roles when she was just 10. On March 1, 2017, she appeared in the episode Lost Souls in the second season of the television series Criminal Minds: Beyond Borders.

In 2017, she also appeared in an episode of It's Always Sunny in Philadelphia. She made a guest appearance on Nicky, Ricky, Dicky & Dawn in the episode of Ye Olde Hand Holde where she portrayed the role of Olivia.

Jayden Bartels net worth and salary are still under review but it is sure that despite her age she earned a decent sum. She has a good source of income from her acting career.

As she has her own Youtube channel from where she garners a decent sum. As per 1000 views on the YouTube channel, the Youtubers get $7.60. She has more than a million views on her Youtube channel earning possibly in six figures.

As of now, she is single and she is more focused on her career rather than being involved in any relationships or other ventures.

She is interested in gymnastics. She was also a part of a soccer team which won the championship for two consecutive years. She has also participated in a collaborative tour which was called Day and Night Tour.