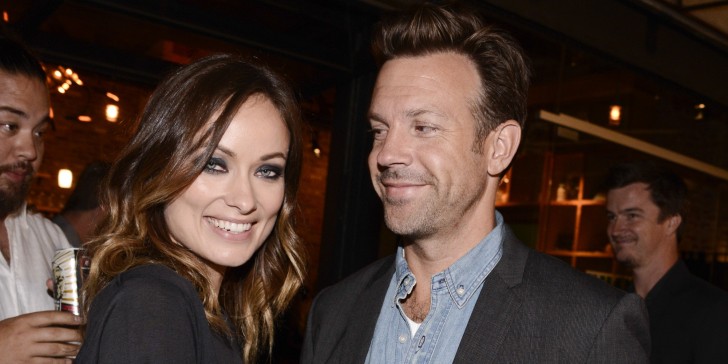 Welcoming someone new in a family is always an amazing experience. Moreover, the news of having a baby is very overwhelming. Yes, actress Olivia Wilde is in the same state, now. Olivia, who got engaged to Jason Sudeikis in 2013, has revealed that she's expecting a baby girl!

Olivia recently appeared in the George Orwell's hit novel 1984 on Broadway and the play seemed to have taken things to a jarring new level.

Family of Olivia Wilde, Jason Sudeikis, and their baby

Back in April, Olivia Wilde announced that she and Jason Sudeikis were expecting a second child. The 32-years-old is already a mother of one child. Olivia, whose first child is a son named Otis, lately announced the gender of her second child through Twitter. The pregnant actress displayed her captivating maternity status in a covered up in a high-neck and loose fitting red dress.

The moment I said "he's a good kid from a m.A.A.d city..." and the crowd got so insanely (appropriately) loud I couldn't hear myself speak, and just hoped the kids in the front row were prepared to catch a baby. #globalcitizen #kendricklamar

Wilde never feels shy while sharing her motherhood and in an interview with Yahoo!, the 32-years-old mother said that she is open to raising her child in a liberal and free environment.

A few days earlier, she revealed that her son was going to be a brother with a tweet criticizing presidential candidate Donald Trump for his comment about women.

She thinks her first child Otis is already a little bit feminist and the actress wants to promote the idea that the definition of feminism is being equal. It is not that much difficult to teach the children regarding the gender equality. She even has said that she will be treating her two children in a similar manner.

Last night, I got to honor the great Martin Scorsese, as he received the Friars Club Icon Award. I successfully did not give birth on stage, AND got to meet Ellen Burstyn. Quite a night.  Thank you @karlawelchstylist, @gitabass, @harryjoshhair, and @maisonvalentino for cleaning us up for the evening!

Wilde began her career in The Girl Next Door and her recurring role on The O.C as Alex Kelly from 2004 to 2005 made her 'well-known'. In 2007, she joined the cast of Fox medical drama House and appeared in the episode ‘The Right Stuff’.

Later, after three years, she starred in Disney’s Tron: Legacy. The actress with the net worth of $20 million comes from a family of writer and journalists is so excited about her new baby girl and is overwhelmed with happiness.