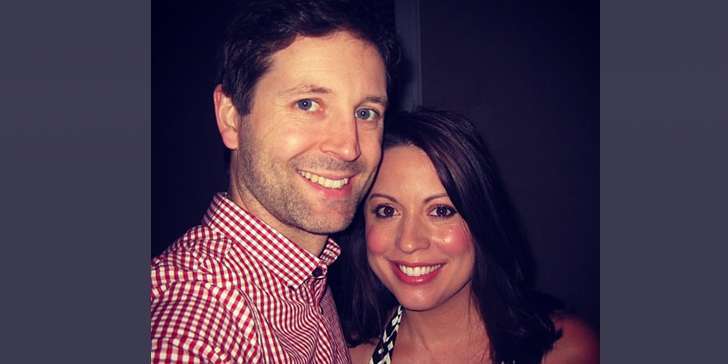 Kay Cannon, a popular American writer and actress, is currently living a happy married life with her loving and caring husband Eben Russell. The couple got married on January 1, 2012. Eben is also a writer by profession and both of them sometimes work together as well.  Prior to Eben, Kay was married to popular actor Jason Sudeikis. They dated for five years and got married in 2004. However, they got divorced  in 2008.

Currently, Jason is engaged to actress Olivia Wilde and Kay is very happy with her husband Eben. Kay and Eban have also welcomed a baby girl into the world and the  new parents were very much excited after the birth of their daughter . They have named their daughter as Evelyn Rose Russell. Since both Kay and Eben belong to the same profession, they are happy to help each other in both personal and professional life.

They have also worked together on the script of the sequel of hit movie 'Pitch Perfect'. The secret of their happy marriage must be a love and respect that they have for each other. Kay is not only a great wife and mother but also a very hard working and dedicated employee. She wanted to be a writer from very young age and now she is one of the most popular writers in Hollywood.

Kay Cannon, the Emmy-nominated writer and producer of '30 Rock', has not let the social media and websites know about her net worth. Hopefully, her fans are  patiently waiting for her new