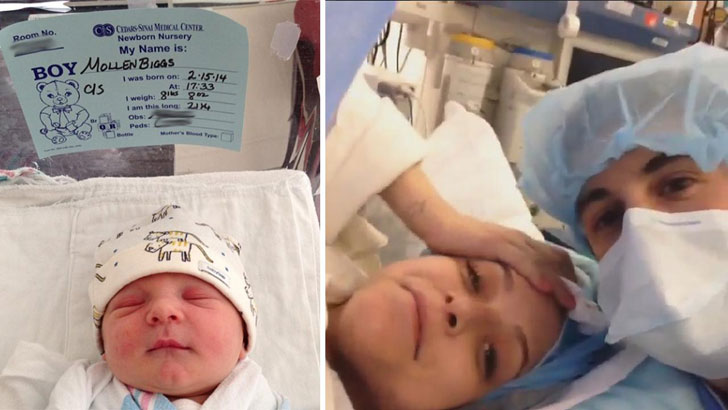 Celebrity couple Jason Biggs and Jenny Mollen have welcomed a baby boy on Monday, October 2. The 39-year-old American Pie actor Biggs and the Angel actress Jenny Mollen took to their Instagram to confirm the news.

The couple named their newly born son as Lazlo Biggs- born at Lenox Hill Hospital in New York City. According to the reports, the boy weighed in at 7 pounds, one ounce, and measured 20 inches long.

In this pic we were still calling him Sid 2. #babybiggs

Mollen and Biggs shared videos from the delivery room on October 5, whereas Mollen live streamed while leaving the hospital and said that she was heading home to eat her placenta. “I’m gonna even try it!” said Biggs.

The couple announced they both were planning to eat her placenta as soon as they reach their home with their newborn baby; where Biggs wrote on Mollen’s Instagram, he was ‘excited to try it.’

Claudia Booker, a Certified Practicing Midwife, told eating the placenta encourages a mother’s body to produce red blood cells, prolactin hormone, and other certain hormones which help a woman stave off the ‘baby blues’. However, there is no distinctive benefit of taking placenta for men, she says there is absolutely no value at all to ingest it for men.

Prior to the couple, celebrities like Kim Kardashian, and January Jones had also tried this and they said their placenta pills gave them energy and boost their moods.

In April 2017, the couple announced they were expecting their second child through a picture on her official Instagram.