Jasen Fisher is an American former child actor perhaps most known for playing Kevin Buckman in the 1989 family comedy movie Parenthood and Ace in the 1991 fantasy adventure film Hook.

How Old is Jasen Fisher? What Is His Height?

Jasen Fisher was born Jasen Lee Fisher on May 8, 1980, the son of Donald Lee Fisher and Eraina Lee Cecci. A native of Chicago, Illinois, Fisher attended William Fremd High School in Palatine, a suburb in northwestern Chicago, graduating in 1998.

Jasen Fisher is a former child actor who was active in the late-'80s until the early-'90s. He made his on-screen debut at age 9 as Kevin Buckman in the 1989 family comedy movie Parenthood.

The movie featured a star-studded lineup including such names as Steve Martin, Rick Moranis, Joaquin Phoenix, Keanu Reeves, and Martha Plimpton, among others.

For his portrayal, Fisher was nominated for a Young Artist Award in the Best Young Actor Supporting Role category. 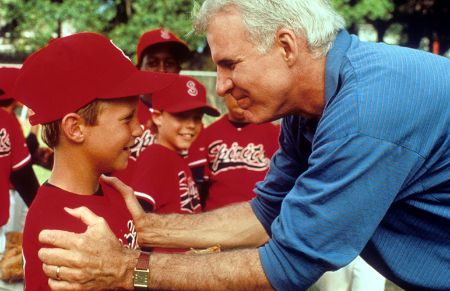 Fisher landed his first starring role in the 1990 film adaptation of Roald Dahl's 1983 dark fantasy children's novel of the same name, The Witches. Fisher starred as Luke Eveshim alongside Anjelica Huston, Mai Zetterling, and Rowan Atkinson. The role landed him a nomination at the 1991 Saturn Awards for Best Performance by a Younger Actor.

Fisher's final film role was his portrayal of Ace, one of the lost boys of Neverland, in the 1991 film adaptation of J. M. Barrie's 1904 stage play Peter Pan: Hook.

Fisher won a Young Artist Award in 1993 along with the ensemble cast of Hook.

What Is Jasen Fisher Doing Now? Is He Married?

After his work in the 1991 film Hook, at the age of 11, Jasen opted to get out of acting. For decades, he remained away from the limelight. Currently, in his 40s, Fisher's life is a far cry from what it used to be in his heyday. It was back in 2014 when he made PDA again with his Parenthood co-stars as they reunited for the film's 23rd anniversary. 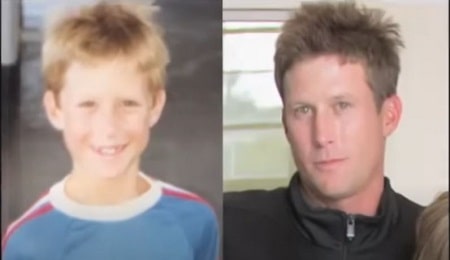 Nonetheless, according to Jasen's mother Eraina, who spoke to The Sun in July 2016, Jasen tried his hand at professional poker in 2009 and currently lives in Florida, where he reportedly works as a professional golf caddy.

In regards to his relationship, the former child actor barely came up with a comment. Sources cite that since Jansen opted for a normal life, he could be enjoying a low-key yet happy married life. Thought, the actual report on his wife or love life ever has received confirmation.

What is Jasen Fisher's Net Worth?

Jasen Fisher is estimated to have a net worth of around $200 thousand in 2021. The 40-year-old is a former child actor who was active from 1989 to 1991 and had prominent roles in the movies Parenthood, The Witches, and Hook.

He officially retired at age 11 after Hook in 1991 with only 3 acting credits to his name.