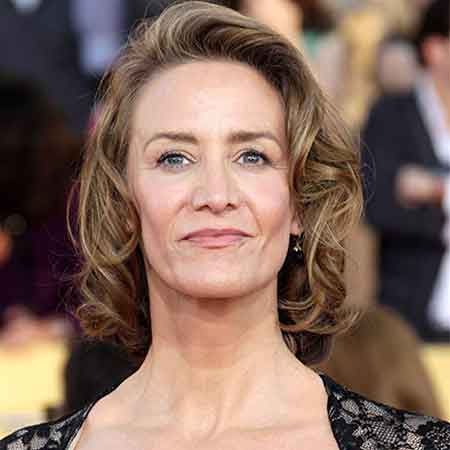 Multiple prestigious awards nominating-actress, Janet McTeer made her London theatrical debut in The Grace of Mary Traverse in 1984, for which she received an Olivier Award.  It was, however, the success of 1999’s low budget movie Tumbleweeds that took her career to the next level, with subsequent roles in Songcatcher (2000), The Intended (2002), As You Like It (2006), Tideland (2005), Cat Run (2011), The Woman in Black (2012), Maleficent (2014), and several other projects. McTeer also grabbed a major role in the feature film, Albert Nobbs which helped her to get SAG, Golden Globe. and Academy Award nomination in the Best Supporting Actress category.

Janet McTeer was born on 5 August 1961, in Newcastle upon Tyne, in England. She is the daughter of Jean McTeer and Alan McTeer. Spending most of her early days in a small town in the Yorkshire district of England, she decided to pursue an acting career at the age of 16.

McTeer attended the Queen Anne Grammar School for Girls. At that time, she worked at  York Minster and at the city's Theatre Royal before she started her training at the prestigious Royal Academy of Dramatic Art.

Janet McTeer started her professional on-camera career in the mid-80s, appearing in various television series, including Gems and Theatre Night. She made her film debut around the same time, appearing in Juliet Bravo. Since then, the actress has moved between theatre projects, film, and television regularly.

Some of her successful film projects are Hawks, Wuthering Heights, Carrington, As You Like It and much more. She also received appreciation for her character of Nora, the unraveling housewife at the center of Henrik Ibsen's in A Doll's House. For her marvelous performance in the series, she won both Laurence Olivier Theatre Award and Critics' Circle Theatre Award.

The following year, McTeer made returned to Broadway, winning a Tony Award, a Theatre World Award, and the Drama Desk Award for Best Actress in a Theatrical play. She was noticed by the number of  American theatergoers for the first time. Similarly, her smashing Broadway debut with a highly acclaimed featuring turn in the low-budget comedy Tumbleweeds took McTeer's career to the next level. Her portrayal of a reckless Southern belle in the movie earned her the Academy Award nomination for Best Actress.

McTeer's TV credits are Jackanory, The Amazing Mrs. Pritchard, Hunter, Into the Storm, and Psychoville, Sense and Sensibility, and among many others. From 2015-16, she took a role in a feature movie The Divergent Series.

In the year 2009, McTeer was cast in the film Into the Strom. His critically acclaimed role in the movie also brought him a nomination for Emmy Award. And she was also nominated for Golden Globe nomination for The White Queen in 2013.

In the 2010s, McTeer appeared in National Theatre Live: Les Liaisons Dangereuses, The Exception, and Jessica Jones. In Sep 2018, she performed in Theresa Rebeck's Broadway play Bernhardt/Hamlet. She got an Academy Award nomination for her significant role in a 2011 movie Albert Nobbs.

Throughout her extensive acting career, Janet McTeer has appeared in both TV series and movies. And her major performance in these projects helped her to garner a tremendous amount of money too. As per Celebrity net worth, she has an estimated net worth of around $4 million, as of October 2018.

In the year 2015, McTeer bought the Upper West Side apartment for $1.4 million.

The actress has also been a part of several commercially successful movies and some of them are listed below,

McTeer also gained a lot of recognition for her work in various hit TV series so far.

Despite her illustrious acting career, Janet McTeer is leading a low-key relationship life. She has been married to her husband Joseph Coleman for a long time. Neither McTeer nor her spouse Coleman has confirmed when they exchanged the vows.

The couple together moved to Maine and both of them was a poet and fashion consultant at that time. They built a house on a ten-acre plot just south of Harpswell. After living for several years, the two left the home in order to reside permanently in London, England.

Talking about her online presence, the actress is not much active on social media. Due to the fact, the information regarding her personal life is hard to pin down.