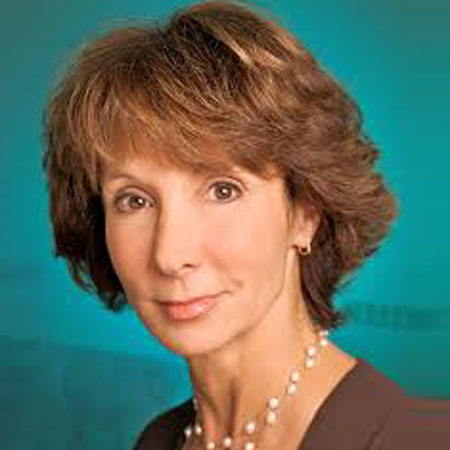 Belated Jan Ross, was the wife of a former WWE commentator and WWE Hall of Fame inductee, Jim Ross. Jan Ross was the backbone of her husband, Jim Ross but her unexpected and untimely demise put her husband and her family in trauma.

Jan Ross is not a familiar name in the media but being the celebrity wife, she is in the limelight. Jan Ross is known for being linked with the World Wrestling Entertainment (WWE) as the wife of the legendary Jim Ross.

Jan Ross was an ordinary woman. She was a former flight attendant serving for 13 years continuously in a row. Born on 1972 in Pittsburgh Pennsylvania, the United States of America as for Jan Grillette, Jan Ross is an American by nationality.

Since very little is known about her, sources have not been able to trace out on her family backgrounds and her ethnicity.

Jan Ross is known for her sweet and loving heart among her known ones. She has been friends with several of the wrestling superstars including Trish Stratus, Ric Flair, Chris Jericho, Jerry Lawler and several others just because of her husband Jim Ross.

Jan Ross used to cook for her WWE talents and their spouses and made them feel welcomed in their houses. She was a friendly person wearing a pleasant smile to cheer people.

Jan Ross was an avid fan of Pittsburgh Steelers and was a regular audience of its game. She was the person who turned her husband as a Steelers fan. Besides, she loved cats. She had a cat as a pet named ‘Mickey’.

According to Slam Wrestling, a reliable source, Jan, and Jim had met first on a plane while Jim was still on the road with WWE. The first meeting was witnessed by the 16-times WWE champion Ric Flair.

Jan Ross and Jim Ross got married on October 12, 1993. The couple was the proud parents of two daughters and two granddaughters. The couple was described as the ‘match made in heaven’ as they were together with each other in every high and low and thick and thin.

Jim Ross even praised her faithfulness, loyalty and supportive nature when he went through Bell’s palsy and the depression after the death of his mother. She was even there standing by his side when Jim Ross was unexpectedly fired by WWE in 2013.

The couple was leading a successful and happily married life until the death of Jan made this love birds apart.

Jan Ross died on Wednesday evening March 22, 2017, at the age of 55. She was caught in an accident leading her death. According to sources, Jan was riding her Vespa scooter at 9:30 pm on Monday night whilst her way at the gym without wearing a helmet and a 2000 Mercury Grand Marquis hit the scooter.

According to police, the car was driven by a 17-year-old. Both the car and scooter caught on fire after the accident. Jan was in critical condition having diagnosed with multiple skull fractures. On Wednesday morning, she was kept on life support and hours later on the evening, Jim Ross confirmed the death of Jan Ross.

The emotional devastation of her husband Jim Ross is overwhelming. However, his family and friends from inside and outside of the wrestling world are supporting him to overcome this overwhelming loss through condolences and emotional support.

Jan Ross had served as a flight attendant in her early days. But later, she turned into a complete housewife. Together with her husband Jim Ross, their net worth is estimated to be $4 million dollars.