Pro Wrestling Announcer, Jim Ross In Grief. Wife Died At 55 In An Accident 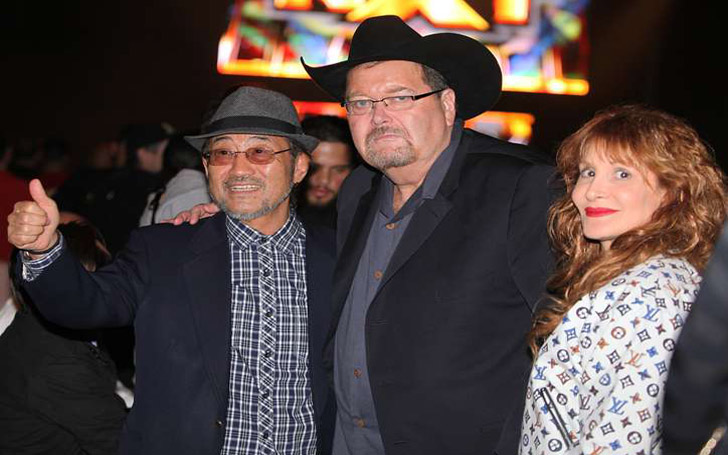 James William Ross is professionally known for his pro wrestling commentator. He is a former company executive of WWE. The WWE hall of fame name has faced an accidental demise of his beloved wife Jan Ross at the age of 55 on Wednesday.

It was reported that a vehicle driven by 17 years old guy hit her Vespa motorcycle at Oklahoma City’s OU medical center. She was driving back to home from a local gym. EARLY PHOTO OF JIM ROSS WITH HIS WIFE

As stated on her blog, she suffered multiple injuries including skull fractures. Jan was kept in observation for less than two days before she took her last breath. Jim said Jan was not wearing a helmet that could have saved her from having a brain injury.

The incident is currently under investigation as reported by the Oklahoma police.

Jim Ross on his twitter account tweeted, “a priest gave my wife Jan her last rites tonight. My little angel is gone”.

Giving their condolence to the 65 years old Jim, some of his friends from the industry tweeted:

After so much loss of my own in 2015, I am sending the brightest of light and love to @JRsBBQ I'm so sad right now...https://t.co/H49LLcU7dn pic.twitter.com/HDeQLVi4nA

Some of his friends shared old memories of them,

@JRsBBQ and his beautiful wife Jan at our wedding. May she Rest In Peace. pic.twitter.com/jXeEZwecAB

My dear friend @JRsBBQ I remember the night you met Jan in West VA like it was yesterday. We are all here for you in this tragedy. #JanRoss

Jim who is going through a critical emotional state is supported by his friend in and outside the industry. May his wife's soul rest in peace.