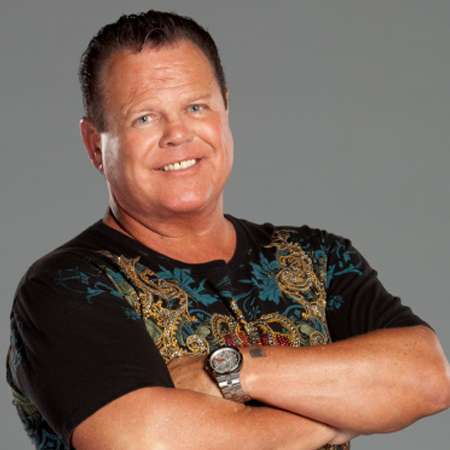 Jerry Lawler was born on November 29, 1949, and he is 66 years by age. Jerry was born in Memphis, Tennessee, United States. Jerry is the son of Hazel Lawler. Jerry was raised in Tennessee along with his parents in a middle-class family. According to his nationality, Jerry is American. And he belongs to white ethnicity. Jerry's star sign is Sagittarius. Jerry's sibling's information is not updated yet.

Jerry Lawler in the starting of his career he worked as a disc jockey in Memphis, Tennessee. With his artistic ability, local wrestling promoter Aubrey Griffith was attracted and later they had an agreement in which Jerry would give Griffith free publicity and in return he will get free wrestling training.

In 1971 as a wrestler Jerry won his first championship in September. Later he also won NWA Southern Tag Team Championship under the manager Sam Bass. On July 24, 1974, Jerry was booked to win the title of "King of Wrestling and the belt. Throughout his entire career, he referred to himself as "The King".

In 1992, he started his WWF career, as an announcer on WWF Superstars of Wrestling. He had a long career in WWF, which was for about nine years. Jerry claimed that he was only true king in the World Wrestling Federation (WWF). Later in February 2001, Lawler and his partner  Stacy "The Kat" Carter was released by the WWF.

Jerry again returned to WWF on November 19, 2001, where he appeared as a Commentator and part-time wrestler. Though he left WWF and engaged in several other events of wrestling, since 2015, he has been featured on SmackDown commentary.

Lawler's current relational status is single and in the past he has been married for three times. Lawler's sexual orientation is straight.

Jerry was married for the third time with an American former professional wrestling valet Stacy Carter, whom he married in 2000. And they separated in 2003 with his third wife. Jerry has three children Brian Christopher, Kevin Lawler and Heather Lyn Lawler. Jerry currently lives in Memphis, U.S.

Jerry has a net worth of around seven million dollars and his salary is assumed to be around few hundred thousand. Jerry's bio and personal life updates are available in Wiki. His fans also surf his official site to get updated about him.