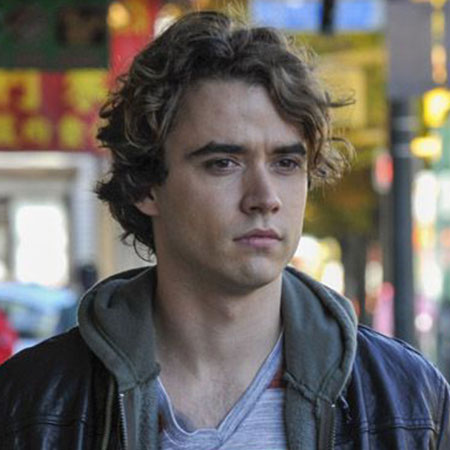 Jamie Blackley is a British actor mostly known for his role, Adam White in the movie If I Stay. The actor is also popular for his work in Snow White and the Huntsman, If I Stay, Slaughterhouse Rulez and more. Prior to movies, Jamie also appeared in many hit TV series and Plays like Genie in the House, Midsomer Murders, and Backbeat.

Born Jamie Alexander Blackley in London, the United Kingdom on 8th July 1991. He was raised by parents, father Martin, and mother Marina alongside his sister Holly-Anna.

He holds British nationality and belongs to Caucasian ethnicity. Besides this, Jamie has not revealed his educational qualifications.

Jamie was a stage performer prior to his film and television career. In 2008, Jamie made his television debut from Apparitions with his one-time role following his film debut in London Dreams.

Jamie's breakthrough role came from the thriller movie Uwantme2killhim? where he played the role of Mark. He starred alongside Jack Lowden, Amy Wren, Joanne Froggatt, Maddy Hill, Scott Chambers, and others. Jamie was awarded the Best Performance in a British Feature Film for his outstanding performance.

He has appeared in several films which includes The Fifth Estate, The Halcyon, We are the Freaks and many more. He also had a minor role in the American fantasy film Snow White and the Huntsman where he co-starred alongside Kristen Stewart, Chris Hemsworth, Sam Claflin, Lily Cole, Greg Hicks, Charlize Theron.

In 2018, Jamie appeared in the horror comedy movie Slaughterhouse Rulez where he played the role of Caspar De Brunose.

Jamie has appeared in several movies and tv series throughout his career. Although Jamie has not revealed his salary to the public yet, however, sources estimated his net worth to be around $1 million.

The actor has played many significant roles in countless box office hit movies some of them are listed below.

The average salary of an actor in the United States is around $51,000 a year. Considering his talent, Jamie might earn near or above average.

Moving on to his personal, Jamie Blackley is not married yet. The 27-year-old actor is focused on making his career hence is not involved in any kind of love affairs.

The actor was once rumored to be dating actress Hermione Corfield. The pair often share pictures together on their Instagram account. However, the news is not confirmed by any party.

It has also been reported that Jamie is currently in a relationship with actress Amy Wren, however, there are no evidence to prove them, girlfriend and boyfriend.

it was a game of 4 chukkas. Thanks @audiuk

Here is a video of Jamie Blackley in an interview with Get Into Film.