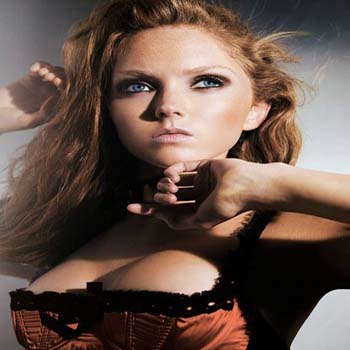 Lily Cole, an English model/actress and entrepreneur, is popular for appearing in several fashion magazines including British Vogue.

Cole was born on 27th December 1987 in Torquay, Devon, England. She is the daughter of Patience Owen and Chris Cole. She was brought up in London. Her mother is an artist and writer while her father was a body builder and fisherman. She also has two sisters. She was raised by her mother.

Before completing her sixth form studies at Latymer Upper School in London Cole had studied in Hallfield Primary School and in the St Marylebone Church School for Girls. She had achieved A grades in A-levels exam of English, Drama, History and Philosophy, Politics and Ethics in Latymer Upper School.

She also studied Political Science and Social at King’s College in Cambridge. She had also gained First in her examination at the end of the first year. Cole had also interest in arts.

Cole started her career as a model and signed with Strom Models when she was 14 years old. In 2004 at the British Fashion Award Cole was named as the Model of the Year. She had stated in an interview that she don’t think herself as a model material.

She also revealed that her modeling career gives her lots of self-confidence. Since the she had appeared on the covers of various fashion magazines. Cole had done advertising campaigns for many channels. Since 2009 Cole has been modeling for cosmetics company Rimmel London. She had also done various music videos.

In 2009 she did her first leading role a fantasy film The Imaginarium of Doctor Parnassus.  In January 2010 she had stated in an interview that she wanted to focus more on her acting career than on her modeling career.

She had worked with various well-known brands like Vogue. She also had signed a contract with a beauty brand Rimmel London. She had also been listed as one of the top 30 models of the 2000s by Vogue Paris. In 2008 she had also attracted the controversy by appearing naked in pictorial of Playboy’s French edition.

Cole started dating an American actor Enrique Murciano in 2009. But, in 2011 February it was reported that they had broken up after two and half years. She is unmarried now but lived in a relationship with Kwame Ferreira. The duo has been together, since 2012. Lily also has two-year-old daughter Wydle with him.

Cole had also supported lots of charity. She is also ambassador of children’s charity Global Angels.

The talented model and actress, LilyCole, has a fine amount of net worth. Her current net worth is $14 million. She has been serving in the industry for a long time who receives a huge amount for her work.

She is 5.8" tall beautiful lady with a pleasant appearance. She has perfect body measurement size of  32-24-36.