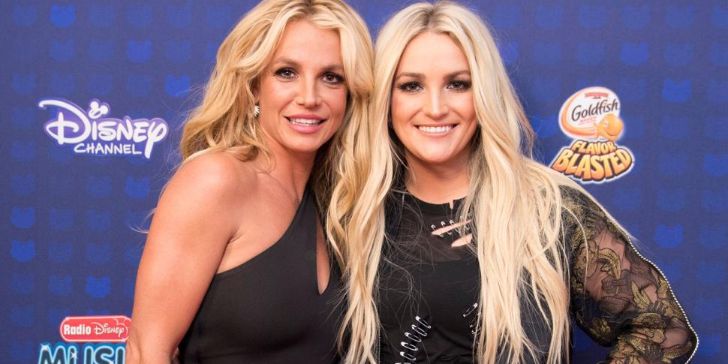 The American actress and singer, Jaime Lynn Spears showed her love and support to her elder sister, Britney Spears, who has recently decided to receive medical treatment for her mental health just to focus at herself.

Britney's sister, Jaime Lynn Spears took to her Instagram account to show her love. In the post, she showed a picture of herself getting off from bus along with her big sister with a caption,

Yup, she rode the bus home with me after my first day of school, cuz she’s the fn best #WCW 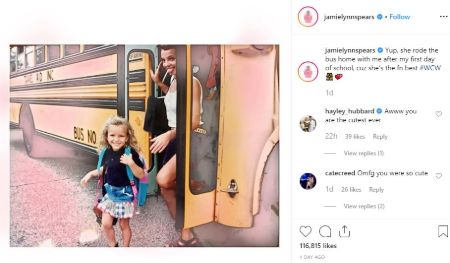 The 28 years old, Jaime Lynn posted it just after an hour it was revealed to the public that  Britney decided to take 30 days of mental health treatment. The mother of two took the step after having a difficult time dealing with her father's illness, who nearly died.

Britney also put on hold her Domination Las Vegas residency at the MGM’s Park Theater for her father as she wants to be with her father at the time of the illness.

On the same day, she took her Instagram where she posted an image that read,

Fall in love with taking care of yourself, mind, body, spirit.” She reiterated the words with the caption, “We all need to take time for a little ‘me time.’ :).

Sam Asghari,  Britney Spears' boyfriend also supported her decision of taking mental health treatment and also said that he is inspired by her partner strength.

Hope the singer will come out through this phase soon!!!