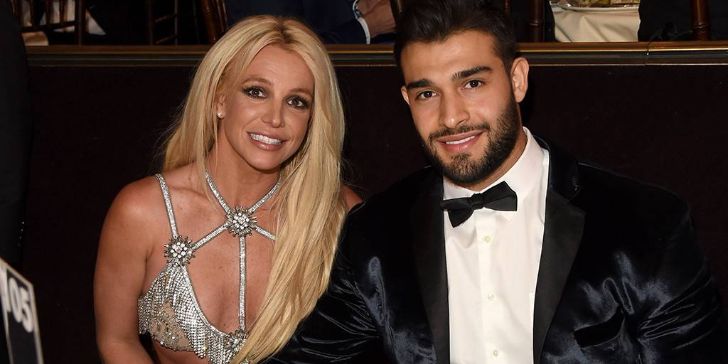 Britney Spears' boyfriend Sam Asghari is supporting her after she decided to take a mental health treatment.

The 37 years old, Britney Spears's boyfriend, Sam Asghari is sitting by her side after she has decided to take 30 days of mental health treatment. She took this step after her father, Jamie Spears nearly died during his second surgery.

Fall in love with taking care of yourself, mind, body and spirit.

With a supportive caption, Sam has reposted it on his Instagram profile. The caption,

It isn’t weakness, It’s a sign of absolute strength, people should only be inspired by this, at least I am ♥? #stronger.

An insider told the E! News that, the singer's boyfriend has been a very important part of her life as he has always stood by her side at her hard times and supported her. The insider also added that they are very much together.

Sam has stuck by her side throughout all of her recent struggles and knows that this is just a phase in Britney's life that they will have to adjust to right now.

Source also added that Asghari has been very helpful and has also remained by Britney's side. The source further said that Asghari wants Britney to do what makes her feel better.

The singer stayed away from social media since January 4 after she shared that her father was suffering from an illness. She said to all of her fans that she put her Domination Las Vegas residency at the MGM’s Park Theater on hold for her father as she wants to be with her father at the time of the illness.

After a long gap of two months, she  resurfaced on her social media on April 3 and posted, "We all need to take time for a little ‘me time."

Hope the singer will recover soon and gets back on stage!!!