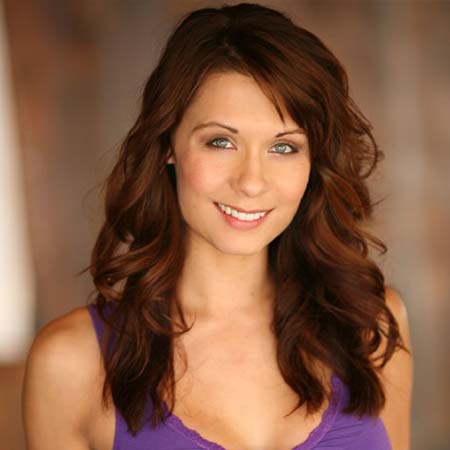 Professional stuntwoman, Jahnel Curfman rose to stardom after working in James Cameron's hit Avatar. Curfman was a trained dancer and gymnast before she worked on Avatar. She has also worked in 2010 comedy movie Date Night.

Jahnel Curfman was born on December 8, 1978, in Sierra Vista, Arizona, the United States of America. Curfman has rarely revealed about her early life and details about her parents and family.

She, however, sometimes shares her throwback picture from her early life on her social media. Once, she shared her childhood's photo, which she said was of 1985. She also shared a photo with her father from her set in May 2016 where she wrote every little girl dreams of being with her father in the caption.

It was a moment every little girl dreams of having with her daddy... #MovieMagic #BringYourDadtoWorkDay #TheLastContract

Later, in August 2017, Jahnel took to her Instagram sharing a photo of her with her grandmother, and she called her one of the "most amazing humans" she knew in the caption.

Jahnel Curfman worked as a Laker Girl for the LA Lakers during the 2005-2006 season. She is well trained in dance and gymnastics, which eventually led her to work in Avatar that stars Zoe Saldana, Sam Worthington, and Sigourney Weaver. She worked with Director James Cameron for three long years during which she filled several roles including stunts and the harness work.

Curfman's prowess in gymnastics and martial arts earned her several other works and established her as a stunt woman. She has been working on numerous projects currently that feature her aggressive weapons and fighting skills.

As of June 2019, Jahnel Curfman is a part of American web television series Cobra Kai.

The rising stuntwoman Jahnel Curfman has worked in a few numbers of films from which she is believed to have received a handsome paycheck. But, by far, Jahnel Curfman's net worth and income are not revealed.

She was part of one of the highest grossing movies, Avatar which collected a massive $2.788 billion at the Box Office. She worked for three years in James Cameron's project, which undoubtedly paid well for her.

Furthermore, she also worked on the 2010 comedy film, Date Night that was made under $55 million and amassed massive $152.3 million. We can say Curfman earned a good amount of money from her work in the movie.

The happily married couple has a child, a son together whom they gave birth in February 2013. Curfman frequently shares her time with her husband and son with her fans via Instagram. They can be seen spending their free time together in several different destinations across the United States.

The hardest part of working in the film industry is saying good bye for days, weeks, months at a time. Sending off @hkstunts with lots of love, kisses, and strawberry panna cotta. #Saturdaymorning #xoxo #dutycalls

Hiro Koda was previously married to Rachel Koda with whom he shares three children. The couple is divorced.

For more biographies, you can visit ArticleBio.