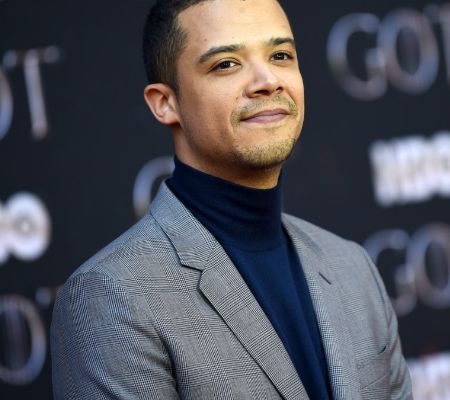 Jacob Basil Anderson is an English actor and record producer. He is known for his role as Grey Worm in the television series Game of Thrones. As a musician, he goes by the name "Raleigh Ritchie" and released his debut album titled "You're a Man Now, Boy" in 2016.

Anderson is 30 years old; he was born on June 18, 1990, in Bristol, England. Talking about his height, he is 5 ft and 9 in (1.75 m) tall. The 30-year-old spent his formative years in Bristol with his parents and siblings. His father is of Afro-Caribbean descent, and his paternal grandparents were from the Caribbean.

"I adored my paternal grandfather. At weekends, I would pile into his house with my sisters and cousins, and we’d play in his front room or watch endless repeats of Rawhide or Blind Date," he told The Guardian. Anderson's parents divorced when he was 18 months old, and he was "brought up by three parents."

"My stepmum was very nurturing. I’m also devoted to my half-sisters, though I hate calling them that – they are just my sisters," the 30-year-old said. His sister's name is Olivia Anderson. After completing high school, Anderson moved to London at the age of 17 to pursue a career in music.

Anderson is married to his longtime girlfriend, actress Aisling Loftus. She is from Nottingham and garnered recognition for portraying Agnes Towler on the ITV series Mr. Selfridge and Sonya Rostova on the BBC historical drama series War & Peace.

The pair started dating in 2011 and tied the knot in an intimate ceremony before close friends and family in December 2018. "It all seemed to happen in slow motion," the 30-year-old actor recalled meeting his wife, in an interview with The Guardian in 2016. 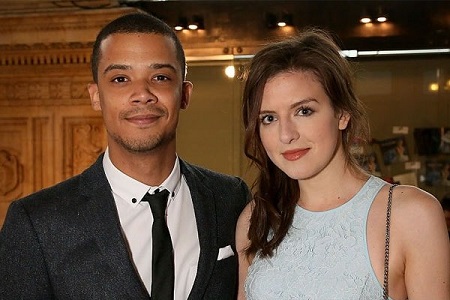 "We have been together five years. She’s intelligent, sensitive and empathetic, and I have never met anybody who cares about people as much as she does. We never run out of things to talk about and our relationship has always felt very natural.," he added.

Anderson and his wife Loftus share a daughter but have kept their kid's name under wraps for now. He first announced the news of embracing fatherhood on Instagram in July 2020, sharing a picture of him with his daughter strapped to his chest. "I feel like myself for the first time.. (I really had to fight making the caption “My daughter look just like Sia, you can’t see her”), he wrote.

According to Celebrity Net Worth, Anderson has an estimated net worth of $3 million as of 2021. He started his career playing the role of Ryan Garvey in an episode of BBC One television series Doctors in 2007. 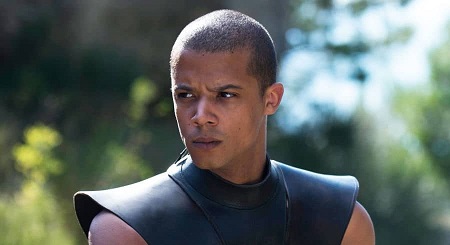 CAPTION: Anderson as Grey Worm in the HBO hit Game Of Thrones-He was cast for the third season and continued until its last eighth season. SOURCE: Wiki Of Thrones

Since then, the 30-year-old has appeared in various films and tv shows. His notable roles include Grey Worm in HBO's Game of Thrones and Dean Thomas in ITV'S Broadchurch along with David Tennant and Jodie Whittaker.