Jack Lowden is a Scottish television, movie, and theatre actor. After performing in theatre for more than four years, he turned his talents to acting on the screens, and has most notably appeared in movies like 71, Dunkirk, and most recently, Fighting with My Family.

Jack Andrew Lowden, known most famously as Jack Lowden, was born on June 2, 1990, in Chelmsford, Essex, England. The older of two sibling-brothers born to father Gordon Lowden and mother Jacquie Lowden. His younger brother Calum was a ballet dancer. 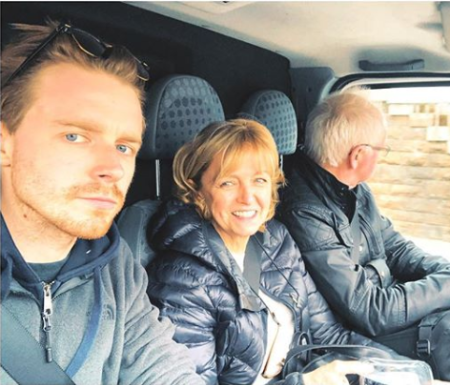 Jack with his father and mother SOURCE: Instagram: @jack.lowden

Unlike his brother, Jack was more interested in acting and joined the Scottish Youth Theatre in Edinburgh. He attended Earlston High School and spent the summers studying at the Royal Academy of Dramatic Arts in London. He graduated from the Royal Scottish Academy of Music and Drama in 2011 with a Bachelor in Fine Arts degree in acting.

Jack was involved rigorously in his school’s plays and even performed for the Galashiels Amateur Operatic Society.

Jack has had an illustrious career in theatre and was part of the cast of the acclaimed play, Black Watch that toured extensively to parts of England, Scotland, and even the United States.

He then went on to perform as Eric Liddell in the theatre adaptation of Chariots of Fire.

He gained further prominence for his role as Oswald in the theatre production of Ghosts. The role earned him an Olivier Award and an Ian Charleson Award for the Best Actor in a Supporting Role category.

His first on-screen performance came in 2009, when the-then 18-year-old Jack appeared in a commercial for the Scottish drink, Irn-Bru. The following year, he appeared in an episode of the Scottish TV series, Being Victor.

Jack was featured prominently in the British-French crime-drama TV series, The Tunnel. He also played Michael in the TV mini-series, The Pa s sing Bells. He was part of the main cast in the BBC historical-drama miniseries, War & Peace, and played Count Nikolai Ilyich Rostov in the TV adaptation of Leo Tolstoy’s novel of the same name.

He was part of the leading cast as Collins, a Royal Air Force fighter pilot in Christopher Nolan’s 2017 World War II drama, Dunkirk.

The 6 feet 1 inch actor most recent role came in WWE’s 2019 biographical sports comedy-drama, Fighting With My Family. He played Zak Knight and also stepped in as a producer alongside Vince Vaughn, Dwayne Johnson, and Lena Headey, among others.

Jack Lowden Is A Millionaire

The 29 years old actor is one of the people at the forefront of Scottish theatre and due to his roles in blockbuster movies, is one of the most sought-after artists coming from Scotland.

Apart from a prolific career in theatre, the Scotsman has also appeared in such blockbusters as Dunkirk, which grossed $526.9 million, and Fighting with My Family.

Jack is currently listed as residing in Edinburgh, Scotland. His personal life has been relatively quiet in spite of him being a bona fide acting star. 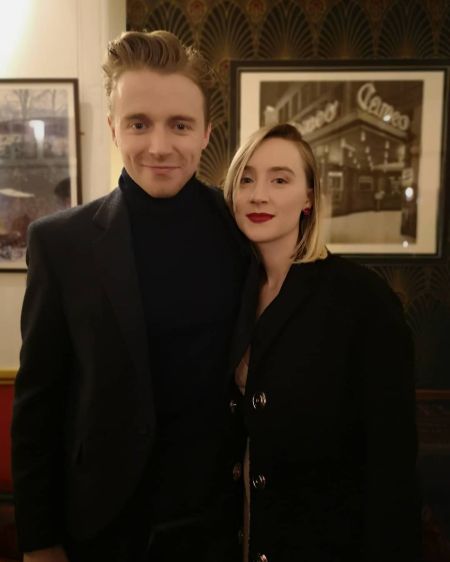 For a brief period, he was rumored to be involved with the Irish actress, Saoirse Ronan, in 2018 after they both starred in the movie, Mary Queen of Scots. Both sides have been reluctant to admit or dispel the rumors, however, and nothing concrete ever came out of it.