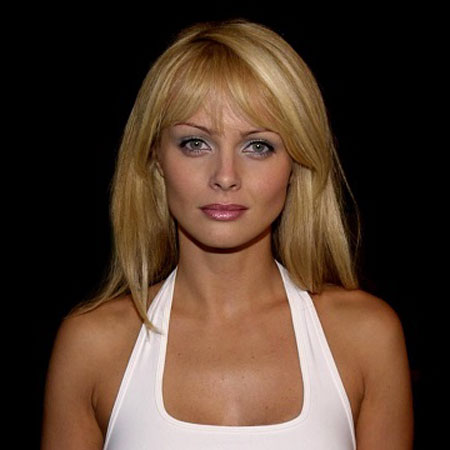 Izabella Scorupco is a Polish actress, singer as well as a model, known for her portrayal of Bond girl, Natalya Simonova in the 1995 James Bond movie, GoldenEye.  Scorupco featured on the cover of prestigious fashion magazine ‘Italian Vogue.' Throughout her musical career, she peaked in the third position on Swedish charts for her songs ‘Shame, Shame, Shame’ and ‘Substitute.'

Regarding her personal life, Scorupco was married twice and has one child from first husband and another from the second one. She got divorced from her both husband for some undisclosed reasons.

Izabella Scorupco was born as Izabela Dorota Skorupko on 4th June 1970 in Bialystok, Poland under the birth sign Gemini. She belongs to Caucasian race/ethnicity and holds Polish nationality.

Scorupco is born to Magdalena Skorupko and Lech Skorupko who got separated when she was only a year old. After the divorce of her parents, Scorupco moved to Sweden with her mother.

During her early education, Scorupco was interested in drama and music.  In 1987, she was discovered and cast in the film ‘Ingenkanälskasom vi' while she was still in school. Scorupco instantly became an iconic and famous teenage idol. She got her lucky break when she was still a young seventeen-year-old student.

After graduation, Izabella Scorupco began a tour of Europe to build her modeling career. She earned more popularity featuring on the cover of the famous fashion magazine ‘Italian Vogue’  and also starred in various TV commercials.

In 1989, Scorupco decided to turn her career into the music industry with her pop single ‘Substitute’. The song gained positive response and became a hit. It reached the top three in the charts & went gold in Sweden.

In 1991, Scorupco released her debut album ‘IZA’ which reached number 11 on the Swedish charts, with the top song, ‘Shame, Shame, Shame’ peaking in the top three. The same year, Scorupco furthered her acting career playing in TV miniseries, ‘V som I Viking.’ She also appeared in Swedish television series, ‘Bert.'

Scorupco was also offered the lead female role in the 1998 American swashbuckler film, ‘The Mask of Zorro.' She turned down the part which was later given to Catherine Zeta-Jones.

After taking some time off from maternity leave, Scorupco resumed her acting career playing Helena Kurcewiczówna in Polish historical drama film ‘With Fire and Sword’ in 1999.

The following year, the cosmetic company, Oriflame nominated Scorupco to become their spokeswoman. The ambitious woman accepted the designation.

In 2002, Scorupco also co-starred with the famous actors, Christian Bale and Matthew McConaughey in the thriller ‘Reign of Fire’. The movie was nominated for a ‘Saturn’ for ‘Best Fantasy Film.'

From 2002 to 2007, Scorupco continued to star in movies and television series such as ‘Exorcist: The Beginning,' ‘Cougar Club,' ‘Alias,’ and ‘Solstorm.’

In 2011 and 2012, Scorupco sang the duet ‘Jag Har Dig Nu’ along with Peter Joback and featured in his music video. Moreover, she hosted Sweden’s Next Top Model. She was the last cast in the movie, Sleepwalker. In 2018, the actress was a cast in The Undreaming of Anna Bell Zeigler and Hidden.

Izabella Scorupco's Net Worth And Earnings

Izabella Scorupco earns a decent amount of money from her several profession. Scorupco also adds an amount to her net worth from her modeling as well as a singing career.

As of now, Scorupco has an estimated net worth of $4 million according to Celebrity Net Worth. She worked in several movies that grossed an impressive amount at the box office which include:

Izabella Scorupco is married twice. At first, she was married to a retired Polish ice hockey player, Mariusz Czerkawski with whom she moved to the United States. They tied the knot on December 25, 1996.

14 years ago you precious little miracle came into my life. You are a big boy today but to me you'll always be my baby. Thank you for always making me laugh and for teaching me how to be patient and not to worry. I love you endlessly much and couldn't be more proud of the beautiful young man you are. Happy Birthday my Schmoofie!! @kubaraymond #polishworrior

The former husband and wife couple together has a daughter, Julia Czerkawski, who was born on 15th September 1997. But, after beings together for two years, Scorupco and Czerkawski divorced in 1998.

Scorupco remained single for sometime after the separation. But she eventually found the love of her life and married her second husband Jeffrey Raymond on 30th December 2003.

So proud of you my Kubs!! Please don't get older and go off to college in a few years and leave me like @juliascorupco #8thgradegraduation

The pair has a child, Jakob Martin Raymond born on 24th July 2003, and the family had dual residency in Los Angeles and New York City. Unfortunately, their relationship also did not last long and divorced in 2015.

As of 2018, the actress has posted several pictures with Karl Rosengren on her Instagram account. And due to which her fans speculated that they are dating. The couple, however, has not confirmed anything about their relationship. Besides, she can speak fluently English, Swedish and French.

As of Dec 2018, the actress has over 98 K on her Instagram account. She is also a dog person has a pet dog named Frank.