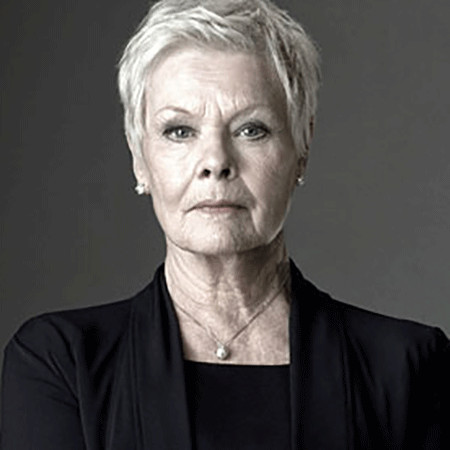 Judi Dench was born on 9th of November, 1934 in Heworth, North Riding of Yorkshire, England. She was born to Reginald Arthur Dench and Eleanora Olive. Her father was a resident doctor. To receive initial education, Judi Dench attended The Mount School. The Mount School is a Quaker independent secondary school in York. After that, she became a Quaker. Judi Dench also studied at the Central School of Speech and Drama. She expressed her keen interest and passion for performance since her childhood days.

Judi Dench’s professional career took off in September 1957 when she appeared in the role of Ophelia in Hamlet at the Royal Court Theatre with the Old Vic Company. In the same production at the Old Vic, Judi Dench made her London debut too. From 1957 to 1962, she remained a member of the company. Judi Dench made her film debut in the year 1964 in The Third Secret.

Judi Dench won the 1996 BAFTA Award for Most Promising Newcomer to Leading Film Roles for her performance in Four in the Morning. Also, she received a BAFTA Television Best Actress Award for her role in 1996 BBC drama Talking to a Stranger. She was again nominated for a BAFTA for her role as Hazel Wiles in the 1979 BBC drama On Giant’s Shoulders

Moreover, she also became the voice for the narration for the updated Walt Disney World Epcot attraction Spaceship Earth in 2008. Luckily in the same month, Judi Dench was named as the first official patron of the York Youth Mysteries 2008. Her latest appearance was in Miss Peregrine’s Home for Peculiar Children as Esmeralda Avocet.

Judi Dench married British actor Michael Williams on 5th of February 1971. Their only child was Tara Cressida Frances Williams who took birth after a year of their marriage. She also starred together with her husband in several stage productions. Unfortunately, her husband died from lungs cancer at the age of 65. They also have a have a grandchild. She is being diagnosed with macular degeneration. Judi Dench was in a relationship with conservationist David Mills since 2010

The 82-year-old actress Judi Dench still stands fit and attractive with the height of 5 feet and an inch. Her net worth is estimated to be $35 million accumulated from her acting and other works. She was appointed as the Officer of the Order Of the British Empire in the year 1970. She has also worked with the non-governmental indigenous organization, Survival International. The biography of reputed and popular Judi Dench can also be found in Wikipedia, twitter, IMDb and much more.