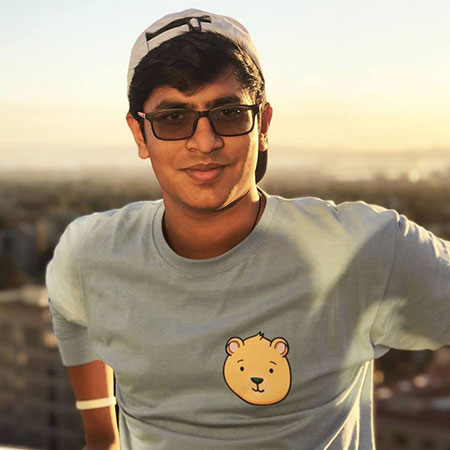 Ishan Goel is a successful entrepreneur, marketing strategist, and writer who has established himself as one of the best businessmen in the world at a tender age. He started his first company at the tender age of 13 when he was still in middle school. He also manages Ryan McKenna (Selfie Kid) as of January 2019, whom he discovered after the Super Bowl.

Ishan Goel was born on February 19, 1999, in Irving, Texas, the United States of America to mother Nidhi Goel and father Satish Goel. He was born under the zodiac sign of Pisces which defines his traits to be compassionate, artistic, intuitive and gentle. He belongs to an Asian ethnicity and is American by nationality.

After completing his primary school from a local school, he went on to join at North Hills Preparatory where he completed his middle school. After this, he attended Coppell High School for his higher education.

How old is Ishan Goel?

Goel started his career when he was just 13 years old starting a company named IG Marketing LLC. At that time, he was still studying in middle school. The company advises other companies and start-up personality on the effective use of social media like Facebook, Instagram, Twitter in business.

Notably, he has worked as the regional manager for Ted Cruz who was the candidate for Republican nomination for the presidential election 2016. He has also worked as Assistant Campaign Manager at the Texas House of Representatives. Likewise, he has also interned marketing at Mark Cuban’s company.

He also directed the largest student lead Hackathon at ArchiTech. Goel has also worked as a contributing writer at The Huffington Post.

He started his photography firm named Ishan Goel Photography based in Dallas/Fort. LinkedIn hired him as one of the 36 global LinkedIn Campus Editors. Besides, he also works as a manager for the Selfie Kid Ryan McKenna.

He garnered huge fame within a short period of time which also gained him opportunities to meet the global celebs like Donald Trump Jr. and Logan Paul's brother Jake Paul.

One of the most talented young CEO’s in the world, Ishan Goel has already owned multiple companies and worked for one of the world’s most popular social sites. He has amassed a net worth of $314 thousand as of 2017.

Goel has not revealed his earnings from his various jobs, however, the average earnings of a CEO is estimated to be around $146,429 per year. He posted a picture of a Corvette on Twitter with the caption: “Best car I could ever ask for!! #Car #Corvette.”

Best car I could ever ask for!! #Car #Corvette pic.twitter.com/Or4Ocup8WE

As he already has achieved so many things that a man wishes to achieve in his lifetime, it is safe to say that Ishan Goel will emerge as a great businessman and an entrepreneur in upcoming days.

Read More:CEO Of Riot Games, The Company That Yields $1.6 Billion A Year, Brandon Beck: What's His Net Worth?

Goel is an influential person who has risen to fame for his entrepreneurial skills, but he has not revealed anything regarding his love life. He has maintained a low-key profile and likes to remain private about his relationships.

The following is a video where Gary V roasts the young entrepreneur, Ishan Goel.

As of now, he appears to be focused totally on his work in the business field. He is dedicated to his work and we can assume. He is young and productive who has kept his love life aside so we can say he is unmarried as of 2019 and not dating any girl.