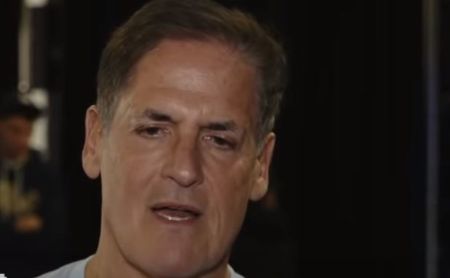 The American businessman and investor Mark Cuban is known as the owner of NBA's Dallas Mavericks and co-owner of 2929 Entertainment.

He is also the chairman of AXS TV. Moreover as well as the main "shark" investors on the ABC reality TV series, Shark Tank. The 62-year-old Cuban also wrote an e-book entitled How to Win at the Sport of Business where he talks about his experiences in sports and business.

What Ethnicity Is Mark Cuban?

Mark Cuban was born on July 31, 1958, in Pittsburgh, Pennsylvania, the United States of America under the birth sign Leo. He belongs to the White-American ethnicity and is American by his nationality. As of May 2022, his age is 62 and he stands at a height of 1.90 meters (6 feet 3 inches).

Mark is the son of Norton Cuban, an automobile upholsterer, and Shirley Cuban. His parents raised him with his brother, Brian Cuban in a Jewish family in the Pittsburgh suburb of Mount Lebanon.

Cuban stepped into the business world at the age of 12 when he sold garbage bags to pay for expensive pairs of basketball shoes. While he was in high school, he made money by becoming a coin and stamp salesman.  During his junior year of high school, he started taking the psychology class at the University of Pittsburgh. Later, he skipped his senior year and joined a full-time college.

After some months at the University of Pittsburgh, he was transferred to Indiana University. In order to make money for his tuition fees, he started giving dance lessons which led him to host lavish disco parties at the Bloomington National Guard Armory.

Mark Cuban's life has been full of surprises and opportunities. He started as a bartender and no one would have ever imagined he was going to be this big in his life. After that, he started working as a salesperson for software.

Cuban was fired from that job and this might be his luck to start a new beginning. He then started his own consulting company called MicroSolutions and this was all where it began. His skills helped him to earn massive from his company. But in 1990, he sold it to CompuServe for $6 million.

In 1995, Cuban along with his business partner, Todd Wagner started a company, AudioNet which was formed in a desire to be able to listen to Indiana Hoosier basketball games online.

Three years later, the company went public with the name Broadcast.com. The company made a huge profit which results in growth in the market price of their shares up to $200 a share. The following year, he along with his partner sold the company to Yahoo! for $6 billion. 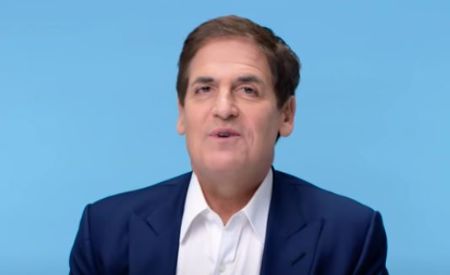 In 2000, Cuban bought Dallas Maverick which is one of the very popular basketball teams for $285 million from Riss Perot Jr. Due to several reasons, the club experienced non-playoff basketball games for years.

He also owns Landmark Theatres which is one of the biggest theatre chains in the United States of America as it has more than 50 theatres. He is also the chairman of AXS TV and a co-owner of 2929 Entertainment.

In 2011, Cuban became one of the investors aka shark on the ABC reality program Shark Tank where he invested in 85 deals for $19.9 million. Moreover, he also owns Magnolia Pictures, a film distributor.

Likewise, as per some other reliable online sites like Celebrity Net Worth and The Richest, his estimated wealth is estimated to be $5 billion and $3.2 billion respectively.

Cuban has racked up the majority of his aforementioned net worth from his successful career as an entrepreneur and investor.

Where The Multi-Billionaire Mark Cuban Lives?

Besides, Cuban has a house in one of the most affluent neighborhoods in Dallas. The extravagant mansion sits on 23,676 square feet and has 10 bedrooms, 10 full bathrooms, and six half-baths. It also includes five fireplaces, five wet bars, and a wine cellar.

In late 2018, Mark bought the house on Southern California Coast. The 7,800-square-foot sprawling property has six bedrooms and nine bathrooms. The duplex also has a home theater room, a full gym, a wine cellar, and a library.

Moreover, he has a yacht which is one of the most luxurious yachts built by Frenship a Dutch luxury yacht company. He owns luxurious private jets like Gulfstream worth $40 million, Boeing 767 costs $144 million, and Boeing 757 costs $65 million. Furthermore, Cuban has a Black Limousine worth $300k.

Cuban has earned much from his business career. He sold it to CompuServe for $6 million. He along with his partner also sold the company, Broadcast.com to Yahoo! for $6 billion. He invested almost $20 million in the business that arrived on the reality show, Shark Tank.

Furthermore, he published an e-book named, How to Win at the Sport of Business: If I Can Do It, You Can Do It which is priced at $7.99 for Paperback and $4.49 for Kindle on Amazon.

Cuban also has been involved in several charity works. In 2003, he founded the Fallen Patriot Fund which helps families of U.S. military personnel killed or injured during Operation Iraqi Freedom. He donated over $ 1 million to Anna, a foundation that fights against Ewing's Sarcoma (a form of cancer found in children).

Some of his other donations include:

Mark Cuban is a married man who tied his knot to Tiffany Stewart in 2002. The pair met for the first time at a gym in 1997 when Stewart was working in sales at an advertising agency. Stewart is fourteen years younger than him.

The couple fell for one another and eventually started dating. After dating for almost five years, they got married in September 2002 in Barbados in a private ceremony attended by merely 20 people. Even after decades of marriage, the couple is still together and is living happily. 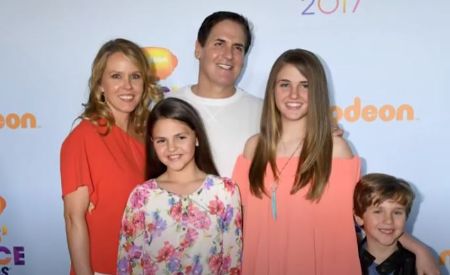 The husband-wife couple has altogether three children two daughters Alexis Cuban (2003), & Alyssa Cuban (2006), and a son Jake Cuban (2010). Cuban once told Business Insider, that he and his wife have a nanny but are still involved in parenting.

We have a nanny. Unless it’s the night of a Mavs game and Tiff and I are going to a game, then they’re out by 6 or 7 and then it’s real world. On the weekends we have someone in the morning so Tiff and I go workout Saturday mornings. Then the rest of the weekend it’s just us. It’s us putting them to bed. It’s us at dinner. We try to be as normal as possible.

He and his wife spend their leisure time with their children. The couple has been together for one and a half decades and still sharing such a wonderful marital relationship with no such divorce rumors. Mark often attends functions with his wife and children.

Along with his family, Cuban currently resides in Dalla, Texas, United States.

In 2011, Cuban was accused of sexual assault. The victim accused him of sexually groping her while they were at a nightclub posing for a click.

Although one of the detectives found one of the pictures ''significant'', no charges were filed.  Furthermore, he was also fined $1.665 million by the NBA for his critical statement.