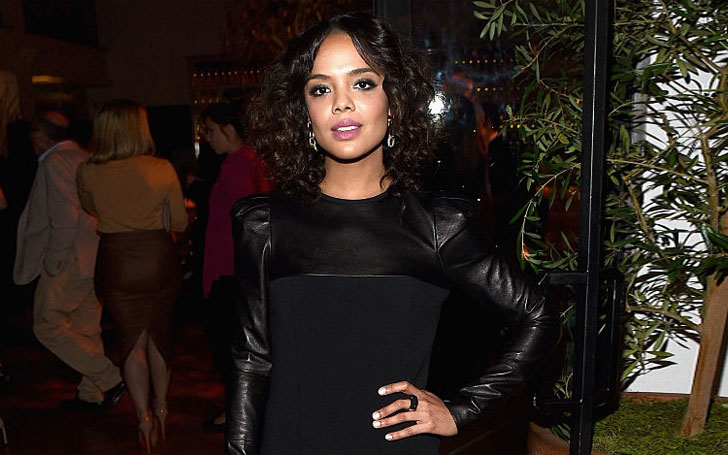 Westworld 's second season has recently been announced along with the new cast. And the American actress and singer Tessa Thompson is a part of it. She is best known for her roles in When a Stranger Calls and  Creed.

Besides acting, Thompson is also popular as a singer. However, unlike other popular Hollywood celebrities, Thompson's life is not out in the media. And we are here to bring it forth. Does Tessa Thompson have a boyfriend? Is she dating? We are breaking it all down for you.

The 33 years old actress and musician Tessa Thompson is popular and successful, however, she has managed to keep her personal life under wraps. Currently, she hasn't officially confirmed anyone as her boyfriend. She is possibly single. Probably the star is engaged in her busy schedules.

Also, she is active on her social media sites where she frequently shares her professional details. She refrains from sharing any personal information online. Just because she isn't currently dating doesn't mean she hasn't had past relationships. Let's have a take on Tessa Thompson's past affairs.

Thompson once dated an actor, Ben Crowley. The couple dated when she was a rising star. But their relationship didn't last long and they soon got apart.

There was also a rumor of Thompson dating Jack Gilinsky who is a Nebraska-born music artist. But the rumor turned to be false after the artist disclosed singer Madison Beer as his girlfriend.

Thompson started her career with stage performances in 2002. The Tempest was the first play she performed. After performing several other theater shows, Thompson got her entry in the Television world in 2005. Tessa got a part on the CBS series Cold Case.

After Television, it was time for her to set her foots on the big screen.Her first feature film was When a Stranger Calls. It was released in 2006. She is also popular for her movies Creed which was released in 2015. Besides acting, Creed star is a professional singer and she is associated with band Caught A Ghost and their debut album is Human Nature.

Tessa Thompson was recently confirmed as the cast for the second series of Westworld along with Katja Herbers, Ingrid Bolsø Berdal, Ed Harris which will possibly release in 2018. In an interview with billboard.com in 2014 when she was questioned how hard it is to balance singing and acting, she replied:

On tour there have been moments where I had to make a last-minute audition tape. I did one in a venue's bathroom stall, literally in between soundcheck and the show. So there have been points when they conflict. But we're going to shoot a video with [White People director] Justin Simien, so there have been lovely points of intersection too.

She also revealed in the interview that she is still scared of singing on stage however, she loves performing with her band.