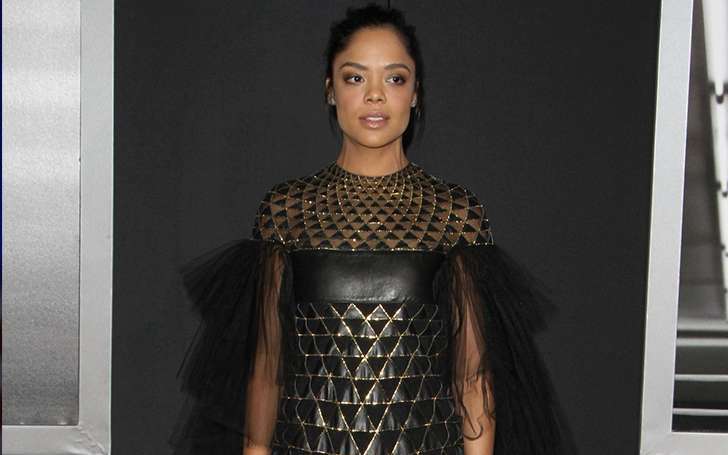 Guess who will appear along with Chirs Hemsworth in Marvel's new movie Thor: Ragnarok Tessa Thompson. Yes, it is Tess Thompson, she will reportedly be portraying the character of Valkyrie in the movie. Also a musician, Thompson became popular. as Jackie Cook on TV series Veronica Mars.

Today, we are discussing Thompson's personal life details-her boyfriend is she married, her relationship history and other related details.

Is Actress Tessa Thompson Married or Dating Someone

Tessa, 33, is popular for her acting and singing. She, however, keeps a low profile about her personal life. She might be dating someone but has yet to speak about it publicly.  She only shares her professional pictures on her Instagram.

Thompson likes to have fun with friends and family and that she Instagrams a lot. She also composes songs and is the self-proclaimed greatest fan of  Prince who died in 21, April 2016.

On May 21, she posted another picture on Instagram of her baby bro heading to prom, she wished him for prom night,  Jody Rome Thompson looked all set to go to prom with his friend.

What is the Creed actress Doing These Days

The Selma star, Tessa Thompson, is currently busy doing movies.  She recently completed Thor: Ragnarok, which is under post- production right now, it will release in November 2017.

She is also doing another  Marvel’s project  Avengers: Infinity War, alongside Robert Downey Jr., Josh Brolin, Chris Hemsworth, Chris Pratt and other Hollywood stars. In both movies, she will appear as fictional character Valkyrie, a tough and hard-drinking Asgardian warrior.

Related News: Some of Chris Hemsworth and Elsa Pataky's cutest moment since their marriage

The movie revolves around a mythological being  Brynhildr, who formed a business relationship with Grandmaster while hiding out on Sakaar.  Apart from this, she is also filming for the science fiction thriller film Annihilation alongside Natalie Portman, Gina Rodriguez, Jennifer Jason Leigh and David Gyasi.

Tessa dived into Hollywood in 2006 from the Simon West’s horror film When a Stranger Calls.  She has won and been nominated for several awards because in her career till date. Here's a list of Tess Thompson's Awards