Is 'The Walking Dead' Actress Christian Serratos Pregnant? Know About Her Partner And Relationship 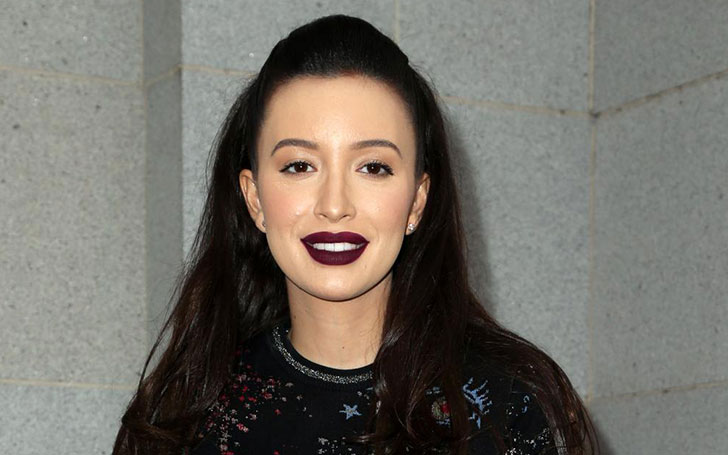 Christian Serratos made a name for herself in the media after playing the tough as leather character Rosita Espinosa on the worldwide hit AMC series The Walking Dead.

As per the few sources, the gorgeous actress is expecting a child. Is the rumor true? Is she pregnant? How is her married life with husband David Boyd? Know all the details here.

Is Christian Serratos Pregnant At Present?

At the moment Serratos is not pregnant, however, she was pregnant in the past. Her baby was born on May 14, 2017. She welcomed her child with longtime boyfriend David Boyd.

He was constantly by her side during her pregnancy. The couple posted a lot of pictures together before their baby was born.

She was initially shy to reveal the gender and name of her baby but later revealed that it was a daughter who they named Wolfgang Serratos Boyd. She announced the gender of her baby via Instagram when she posted a picture of Wolfgang in pink clothes.

Her 5 Year Long Relationship With David Boyd-Are they Married?

Christian Serratos has been in a blissful relationship with David Boyd since 2014.  He is the Danish singer known for leading the alternative rock band New Politics. Besides, he is an accomplished break dancer.

The couple is together for many years and seems to be so much in love. Although they are many tabloids who claims that the pair as husband and wife, they are yet to confirm the news.

In addition, to be a faithful partner and a loving mother, Christina is also an established actress. She portrays every character with excellence and her talents are compared to the likes of her co-stars Chad Coleman, Lennie James, and Melissa McBride.