Is Roman Atwood's Ex-Wife Shanna Riley Currently Dating Anyone, Is She Married? Atwood Is Married to Brittney Smith After His Divorce. 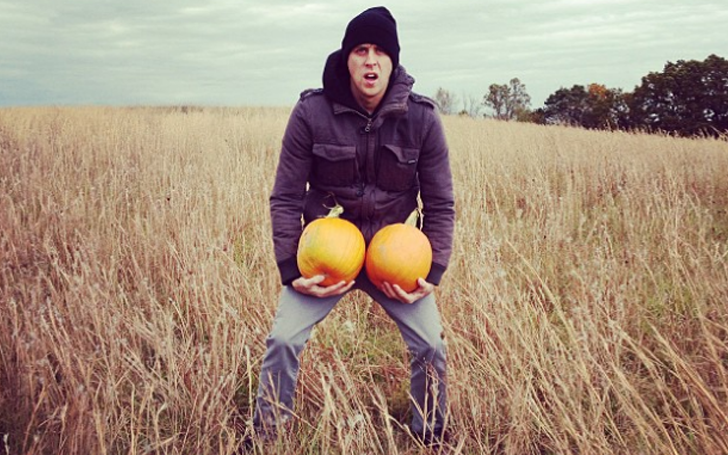 Social media has blown up like nothing ever! Being famous on social media is almost like being an A-lister in Hollywood these days. Not just the fame, but the money is good as well. YouTuber and Blogger Roman Atwood is one of those famous and rich social media sensations.

He is quite popular for his prank videos on his YouTube channel, RomanAtwood that has over 13M subscribers as of September 2017,  and for RomanAtwoodVlogs where he shares the personal side of his life. And that's what we are focusing on here!

Roman Atwood was once married to Shanna Riley. However, Roman Atwood and Shanna Riley divorced in 2010. Has Atwood's ex-wife found new love? Has she married again? We have all the details here.

Is Roman Atwood's Ex-Wife Shanna Riley Single? Or Is she Married?

Roman Atwood's ex-wife Shanna Riley came to the limelight after her divorce with her husband, Roman Atwood. However, Riley has been successful to maintain her personal life under wraps.

Also read: Let the world know who Roman Atwood is! Find out about his net worth, salary, and career, here

Currently, Shanna Riley is not in a public relationship. There is also no sign of her on social media. Well, it is safe to say she is possibly single. Or maybe she is in a secret relationship.

Shanna Riley married YouTuber Roman Atwood and settled down when they both were only 18. The couple exchanged vows in a wedding ceremony held in Licking County, Ohio on November 17, 2001.

After three years of marriage, Riley, and Atwood welcomed their first child together, a son, Noah Vaughn Atwood on October 18, 2004. The couple, however, couldn't remain happy for long. Atwood filed for divorce against Riley in 2008 after he found she cheated on him. Their divorce was finalized in 2010 with a decision that Noah will spend weekdays with Riley and weekends with Atwood.

Fun Fact: My ex wife is a Bitch!

However, Riley seemed not to too happy after Noah appeared in Atwood's blog and she claimed for an alimony in 2015. After custody battle for a few months, Atwood won the full custody of Noah and he was allowed to appear in his father's blog.

Who is Roman Atwood Dating Currently?

Currently, the thirty-four years old YouTuber Roman Atwood is dating Brittney Smith. The Youtuber met his current girlfriend, Brittney Smith while he was processing his divorce with Riley.

According to a source, Roman Atwood met his girlfriend in 2008. The couple together welcomed a son, Kane Alexander Atwood on October  23, 2011, and their second child, daughter in July 2017.

Brittney Smith and Roman Atwood share a strong relationship and are living happily along with their children. Smith also seems to be close with her stepson, Noah.

On 30 April 2018, Atwood proposed his longtime girlfriend Brittany Smith. He shared this good news via his Twitter. In his first Tweet, he posted a picture of the diamond ring and captioned, 'She has no idea'.

When she wakes up I am asking her to marry me. In the next Tweet, he posted pictures of himself and her wearing the engagement ring on her ring finger.

Following this, Smith posted a picture of the duo with a sweet caption:

Whaaattt, I have been with my soul mate for 9 ½ years and he finally asked if I would be his wife! I cannot explain how happy I am to become Brittney Atwood.

After three months, the couple finally exchanged vows on 29 July 2018 in Maui. They revealed their wedding via their social media. Then, the couple went for honeymoon nearby Maui.