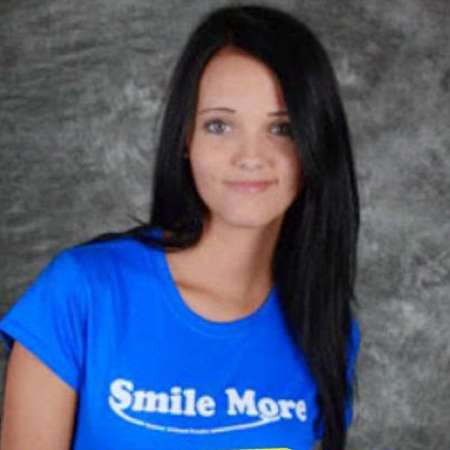 Brittney Danelle Smith is an American YouTube personality. She is best known for being the girlfriend of a famous prankster, YouTuber, and vlogger, Roman Atwood.

Early Life And Biography Of Brittney And Roman

She was born on February 16, 1991, in Ohio, a place where she was also raised as a child. Smith is frequently seen appearing in her boyfriend’s videos.

Brittney Smith first met Roman in a hospital. He was with his best friend, Chase Gilroy, who was going to be a father at that time. They started dating in 2008 and are still a happy couple today. Brittney and Roman also have a son, Kane and she is also the step-mother of Noah, Roman’s son from his previous marriage to Shanna Vaughn. She also has a sister named Veronica.

Brittney Smith’s internet fame rose when she appeared in several of Roman Atwood's prank videos. One of the most iconic videos was a video titled “Anniversary Prank Backfires!!”, posted on November 20, 2013.

In the video, Roman attempts to prank his girlfriend on their five-year anniversary by confessing that he has cheated on her. Instead, the prank backfires at Roman when she sees the camera beforehand and pranks him back by pretending that she cheated on him too.

At the end of the video, Brittney says “I thought you were going to propose”. The video has over 83.2 million views with more than 863 thousand dislikes.

As of today, Brittney frequently appears in Roman’s daily vlogs in his vlog channel “RomanAtwoodVlogs”, where he uploads videos daily of his life as a father. She also works full-time in Roman’s won merchandise line called “The Smile More Store”, in which he sells T-shirts, hoodies, bracelets, and other items. Her partner's net worth is estimated to be around $3.5 million.

Brittney Smith has also been pranked in another video by Roman, titled “Killing My Own Kid PRANK!!”, posted on November 30, 2014. In the video, Roman throws a mannequin in a Spiderman costume over the balcony of their 2 story house, making her believe that it was their youngest son Kane.

My best friend!! My everything!

After running down to the mannequin, pulling off its mask, and realizing that it is not Kane, she breaks down into tears as Roman enters the room snickering at her. She then starts shouting at him and tells him he's "sleeping on the couch". The video has over 47.9 million views as of today.

A similar video was also uploaded on October 11 when Roman once again pranked Britney Smith by convincing her that her son sped off on a quad bike and blew up. The video, which now has over 35 million views, has received a mixed response, with some arguing it is never OK to joke about dead children while others saying that it was funny as hell and people are just getting offended way too easily.