Is RHOC Star Shannon Beador Divorcing David Beador For His Affair? Details About Their Married life 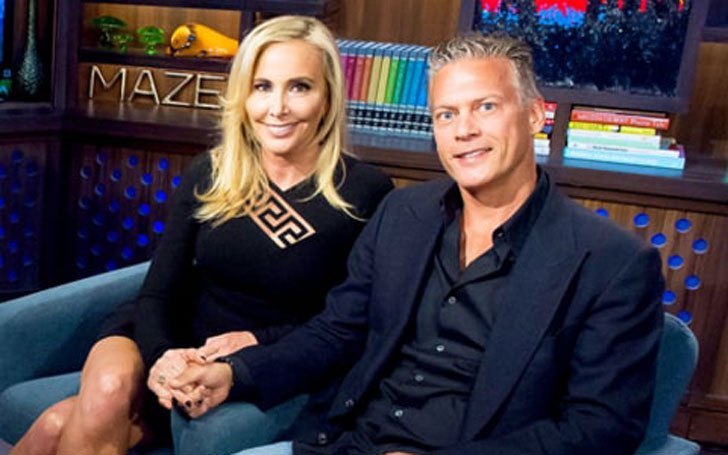 The Real Housewives star Shannon Beador apparently has troubles losing weight, but that's not her only problem, she is also struggling to repair her relationship with her husband, David Beador.

The viewers of The Real Housewives of Orange County saw the couple come together last season, renewing their marriage after his affair, however, recently they have grown apart.

Reportedly, Shannon Beador thinks her weight gain is one of the problems- she is also yet not over the fact that David had an extra-marital affair.

And on Monday 9th October episode, viewers saw the strain between the duo during a tense family dinner. Shannon also talked at length about her cheating husband and how she’s going to move forward- her husband, however, hasn’t said much about it on The Real Housewives of Orange County.

Are Shannon Beador and David Beador getting Divorced?

Reality TV star Shannon Beador opened up about her uphill battle a few years ago when she returned to the RHOC. It was the time when she found out her husband David Beador had been cheating on her with another woman.

RHOC star Shannon Beador slammed David as their marriage falls apart after his bombshell affair! Shannon’s fans are suspecting that they will divorce soon. A few months back, another RHOC star Kelly Dodd filed for divorce from her husband Michael Dodd; they were married for 11 years.

Fans are speculating that Shannon is going to be the next member of RHOC who fails in her marriage. However, a source close to the couple says that Shannon is trying to repair her relationship with David, she wants to save their marriage.

Shannon is upset with David and shared her issues with her mother, according to E! News,

I feel so shitty about myself. When I look in the mirror, I don't even recognize myself, and I know David is just disgusted with the whole thing.

She added that ‘With all the weight gain, I don't know how it happened.'

Shannon’s mom addressed her problems and shared how she divorced her former husband when he cheated on her with another woman. Shannon's parents divorced when she was at a graduate level. Shannon admitted that she still wonders if she will ever truly get over David’s affair.

On December 1, 2017,  she filed for a divorce with her estranged husband Beador.

Shannon who used to think that no marriage is perfect when she first learned about the affair of her husband with another woman.  However, after she repaired her relationship with David Beador, she told E! News;

Shannon was unknown about his affair for several years- she came to know about it just two and half years ago.

David Beador surprised her on their 15th wedding anniversary on the sets of RHOC.